Your brain gets 1.3 years younger at ovulation, study shows 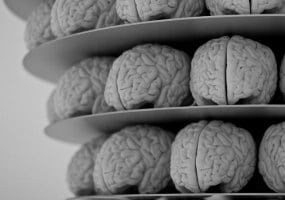 13 Jul Your brain gets 1.3 years younger at ovulation, study shows

Next time your ovulation rolls around, take a moment to appreciate how fast you’re thinking, how many genius ideas you come up with, your stellar memory and other brain skills. That’s because, according to a 2015 study in the journal NeuroImage, during ovulation your brain is about 1.3 years younger than its biological age.

The researchers discovered this by using a “BrainAGE” measurement–which uses MRI scans to examine the brain to determine its estimated chronological age (how old it is according to its structure) versus its true chronological age (how old it really is)–in seven women during menstruation, ovulation and the mid-luteal phase (the end of their Week 3 when progesterone peaks) of their monthly cycle.

The researchers found that when estrogen peaks during ovulation, the brain’s structure essentially goes back in time, increasing in grey matter volume, helping it function better!