When are you more prone to accidents and injuries in your monthly cycle?

Home > health  > When are you more prone to accidents and injuries in your monthly cycle?

19 Jun When are you more prone to accidents and injuries in your monthly cycle? 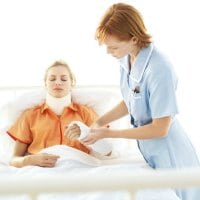 If there’s one thing to know about me it’s that I’ll likely always be sporting some kind of bruise or injury. With my frequent tumbles as I climb stairs (both up and down), black-and-blues from banging into walls and furniture that seem to appear out of nowhere and unrivaled ability to trip over my own feet, I’m pretty sure I’ll never be accused of having the grace of a gazelle or be asked to serve hot soup at a dinner party.

So, it probably doesn’t come as a big shock that, with my natural inclination toward accidents, I wondered if I’m more prone to them during certain points in my monthly cycle and if my hormones have a hand in just how ungainly I could be on a given day.

I scoured two websites that contain millions of published studies–PubMed and ScienceDirect–but found only two relatively old studies examining accident frequency during the menstrual cycle: one study in the British Medical Journal from 1960 by famed menstrual cycle research pioneer Katharina Dalton, M.D. and one study in the journal Public Health from 1985.

Both analyzed hospitalizations of women who’d had accidents. And, they came to somewhat similar conclusions:

Women are more likely to have accidents in the few days leading up to their period and during their period.

The researchers chalk it up to the lethargy we experience during this phase of our cycle, which muddies our brain a bit and slows our reaction times.

But, this doesn’t mean you’re doomed to have more accidents every time your premenstrual week and period come around.

In fact, in Dr. Dalton’s study she suggests that simply being aware of this tendency toward slip-ups at certain points in your cycle can remind you that you need to pay closer attention when you’re doing tasks so you can avoid injury.

Of course, she also suggests that knowing when injuries are more common in your cycle could possibly plant the suggestion in your brain, turning it into a self-fulfilling prophecy, resulting in even more accidents. But, I like to focus on the former, more empowering, less injurious idea instead.

Before I sign off here–and I know I have a tendency to ramble on longer than I should, but bear with me on this–there were two distinct differences in the studies I cited that I think are worth mentioning:

1. PMS = more accidents: In the 1985 study, the researchers found that only women who experienced premenstrual syndrome (PMS or PMT) saw a rise in accidents premenstrually and menstrually. This seems to make sense since fatigue, irritability and mental fogginess are lumped in with PMS symptoms–and all can up your risk of accidents.

2. Week 2 gals get injured, too: In the 1985 study, women who did not have PMS symptoms experienced a surge in accidents during their Week 2–the week leading up to ovulation when estrogen is highest. This is worth noting since high estrogen amps up your speed and impulsiveness–so, you’re chopping onions faster, making more daring driving, biking or skateboarding maneuvers and doing other stuff that can clearly lead to a visit to the E.R. So, it may be that PMS-free women are already high-energy and get even speedier when estrogen levels climb.