Home > hormone research  > What might your hips reveal about your hormones? 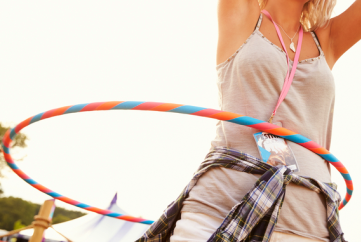 19 Aug What might your hips reveal about your hormones?

UPDATED August 19, 2022 (originally published April 26, 2016)—Think the width of your hips depends on your weight or exercise routine? It could also be affected by your hormones. That’s one theory proposed by researchers who recently discovered that the size of the female pelvis changes across your lifespan–getting wider from puberty up until the age of 25 to 30, then shrinking gradually from the age of 40 on.1

Reporting in the journal Proceedings of the National Academy of Sciences, the research team from Switzerland and Belgium took CT scans of pelves of 124 females and 151 males who ranged in age from infant to 95 years old–and they used the images to create animations that examine how the hips change shape across the lifespan (which you can see when you scroll down in the full study.)

These images helped them discover that by the end of puberty, the average female pelvis is about 25% wider than the average male pelvis, which wasn’t a surprise. But, what the researchers didn’t expect to find was that the pelves of women 70-years-old and up are about 8% narrower than those of women who are middle-aged, indicating that the female pelvis narrows as we grow older. They’re still wider than men of the same age, but it got the scientists to wondering why the female pelvis would start narrowing at all.

Considering that estrogen has a direct impact on bone development, the study authors hypothesize that estrogen levels signal different needs from the pelvis, so the pelvis changes shape to meet them. For example, as estrogen levels rise after puberty, it prompts the pelvis to widen so that it’s at its widest from the ages of 25 to 30–peak fertility years–to make it easier to give birth to human babies, whose large heads need the extra room when getting pushed through the birth canal. Then, when estrogen levels begin to decline in a woman’s 40s, this prompts the pelvis to narrow possibly to help provide structural support for abdominal and pelvic internal organs (such as the uterus and bladder), giving more stability than aging muscle tissue alone. This theory still needs to be tested, but it’s an intriguing idea that hints that estrogen may play more roles in our lives that we have yet to discover.