Think someone looks sad? Must be Week 3!

Home > hormonology tip  > Think someone looks sad? Must be Week 3! 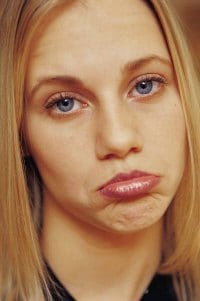 25 Sep Think someone looks sad? Must be Week 3!

Posted at 10:24h in hormonology tip by Gabrielle Lichterman
0 Likes 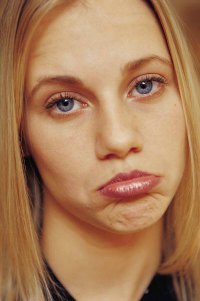 Ever ask a co-worker, friend or other person if something was wrong because she looked sad or angry–even after she insisted she was perfectly fine?

Chances are, you were simply in your Week 3 (which starts right after ovulation in the middle of your cycle).

That’s when you’re more likely to perceive neutral facial expressions as negative, according to a study in the journal Hormones and Behavior.

As the researchers explain, rising progesterone during this week puts you on higher alert for potential problems to watch out for in case you got pregnant during ovulation and need to be more careful. As a result, you’re scrutinizing the world–and all the people in it–with a more critical, wary eye.

So, someone who looks distressed to you may actually be concentrating hard at work, figuring out a problem in their head or merely daydreaming!