The instant (and fun!) mood booster than only works in the first half of your cycle

Home > hormonology tip  > The instant (and fun!) mood booster than only works in the first half of your cycle

28 Jan The instant (and fun!) mood booster than only works in the first half of your cycle 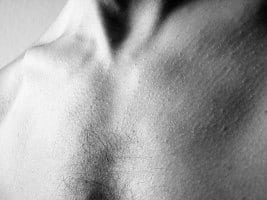 For most of us, Week 1 and Week 2 (which starts with the first day of your period and ends at ovulation) is when we can expect to have the best moods thanks to estrogen that rises continuously on these days.

But, let’s face it–even with this climbing hormone on our side, we can still fall into funks or get irritated on these days in our cycle. These down feelings simply occur less frequently and we tend to bounce back from them more easily than during the second half of our cycle.

Luckily, there’s a simple–and sort of naughty–way to rev a flagging mood fast while you’re in your Week 1 and Week 2:

Gaze at a saucy picture or watch a steamy scene in a movie.

Anyway, according to a small 2009 study in the journal Hormones and Behavior, we gals get an instant surge of joy when we view spicy images in the first half of our cycle.

And the way the researchers figured this out was pretty interesting:

The women were asked to watch this odd peep show twice in their monthly cycle–in the first half (their rising-estrogen phase) and in the second half (when estrogen is lower and progesterone is higher).

While the women watched, the researchers used instruments to measure the movement of certain muscles in the women’s faces indicating emotion.

That’s when they discovered that as the women viewed the unclothed men in the first half of their cycle, the machines revealed a surge in joy.

And, when the women viewed the same men in the second half of their cycle, the response was a lot more “meh”. Ditto with the fuzzy bunnies and kitties who didn’t ratchet up feelings of joy nearly as much as men out of their skivvies.

Of course, in addition to new-fangled machinery, researchers also used ye old fashioned approach of simply asking the women how they felt about the images they just saw, which supported the results of the muscle-tracking machine.

Okay, so you now know how to boost your joy in your Week 1 and Week 2: Look at shteamy images. (Photos of men were used in this study, but presumably photos of women would work, too, if that’s who you prefer.)

You know how the researchers found out: With one very odd peep show.

Now you probably want to know why we get this Week 1 and Week 2 surge in happiness from spicy pics and videos.

Well, the researchers theorize it all comes down to your body and brain pushing you bed a partner in time for ovulation. One easy motivator is giving you a quick mood boost from titillating images.

The great news is that even if you don’t plan to play into the hands of your busybody matchmaking hormones and head to bed with anyone, you can still reap the benefit of this hormonal effect by taking a quick peek at naughty pics or videos the next time you start to feel your mood drag in your Week 1 or Week 2.

I’ve set up a special bookmark folder on my browser already for just that purpose!