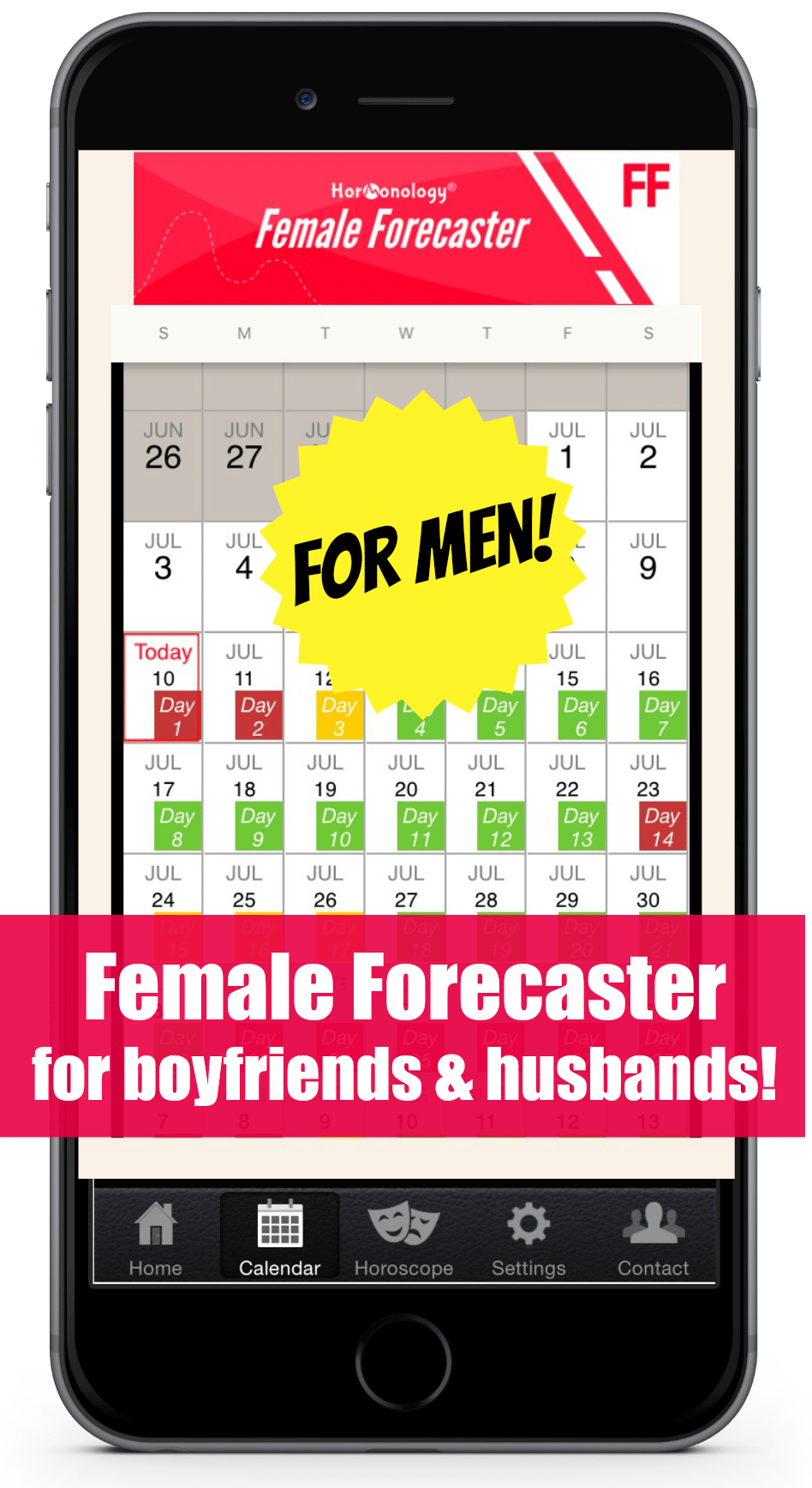 Posted at 10:28h in app, men by Gabrielle Lichterman
0 Likes

I’m thrilled to announce the latest Hormonology app to be released: The Female Forecaster App!

This app is for the boyfriends and husbands of women who want to get a daily heads-up about their partner’s moods, romantic desire, energy and more.

While I’ve been planning this app for quite awhile, I was pleasantly surprised by the number of requests I’d received from female Hormonology fans who’d been wanting an app like this for their male partners. Up to this point, they’d been putting the Hormone Horoscope App on their boyfriend’s or husband’s device. But, it was too much text, too much information. The guys wanted something shorter that explained their girlfriend or wife in a more relatable way and on the topics they wanted to know about. After many months of writing, designing and testing the app, I think the app delivers what men want.

You can download the Female Forecaster App for $2.99 at the App Store and Google Play.