Stuffy nose? The culprit could be your hormones

Home > health  > Stuffy nose? The culprit could be your hormones 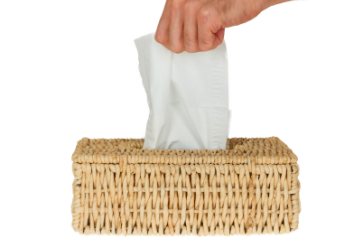 01 Mar Stuffy nose? The culprit could be your hormones

.
MARCH 1, 2021—There’s lots of reasons your nose can get stuffy, for example, allergies, a cold virus, sinus infection or exposure to cigarette smoke or another irritant.

But, if you’ve ruled out all those nasal congestion triggers, the culprit could be your hormones.

In a 2021 study published in the American Journal of Rhinology & Allergy, investigators in Serbia sought to uncover if women experienced any difference in nasal obstruction based on the phase of their menstrual cycle.1

So, they recruited 101 volunteers with healthy, natural menstrual cycles. Then, the scientists measured the air amount of air flow through the study participants’ noses during their ovulatory phase (about 3 days in middle of your cycle at the tail-end of your Week 2). And they measured nasal air flow again during their luteal phase (the second half of your cycle also known as your Week 3 and Week 4).

What the researchers discovered

Turns out, the study participants tended to develop nasal congestion once they reached the ovulatory days in their cycle.

Then the stuffiness disappeared once their luteal phase began.

After ruling out other congestion-spurring triggers (like allergies), the researchers concluded that menstrual cycle phase does, indeed, play a part in how easily women can breathe through their nose.

This backs up earlier research, such as studies conducted in 2004 and 2000, that found a similar link between ovulation and a plugged-up sniffer.2,3

The science behind estrogen’s nose-stuffing effect

Want to know why you’re reaching more for tissues in the middle of your cycle? Point a guilty finger toward peaking estrogen. When this hormone spikes during ovulation, it triggers nasal swelling, inflammation and mucus production.

In fact, many pregnant women find themselves battling nasal congestion due to the higher levels of estrogen during pregnancy.

After you’ve ovulated and your luteal phase begins, your body’s level of estrogen nosedives quickly. While this hormone rises again in the middle of your luteal phase (in the second half of your Week 3), it doesn’t reach the super-high level it gets to during ovulation, keeping your nose free from clogging.

If you’re annoyed swollen nasal passages during the day or are finding that it’s more difficult to get good sleep because a blocked-up schnoz makes it difficult to breathe at night, consider trying a natural remedy before resorting to drugstore decongestants, which can come with a bunch of unpleasant side effects, such as dizziness, drowsiness and nausea.

One easy option: Flush your nasal passages with a neti pot or nasal irrigator–which you can find at drugstores and health food stores–one to two times per day. You use it with a mild salt water solution that comes from a pre-packaged saline rinse. You can also make your own solution by combining about 1/4 teaspoon of non-iodized salt (not regular iodized table salt) and a pinch or two of baking soda with about one cup of distilled water (never use tap water since it can contain harmful bacteria). The flushing gently reduces inflammation and washes out nose-clogging mucus, helping you breathe more easily.

When you notice your nasal passages aren’t clear during your ovulatory phase, and you’ve ruled out all possible stuffiness triggers, chalk it up to spiking estrogen. And don’t worry: You’ll be breathing free and easy within just a few days.