Some men like it hot! What a man’s preference for spicy foods reveals about his hormones

Home > hormone research  > Some men like it hot! What a man’s preference for spicy foods reveals about his hormones

15 Dec Some men like it hot! What a man’s preference for spicy foods reveals about his hormones 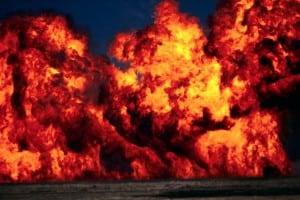 Do you know a guy who loves hot sauce and spicy jalapenos and just isn’t satisfied unless he’s sweating and fanning his tongue at every meal? My husband, Douglas, is like this. I swear, I don’t even know how his tongue is still intact after all the fiery pain he’s put it through.

Well, a man’s preference for searing spiciness may reveal something key about his hormones:

Turns out, men who like their food spicy tend to have higher testosterone levels, according to a new study in the journal Physiology & Behavior.

And that’s key to know since men with more testosterone typically have certain personality traits as a result of the higher concentration of that hormone, for instance, being ambitious, competitive, confident, risk-taking and assertive.

While Douglas is a mild-mannered, friendly guy, he’s also had his own record label, been in a bunch of rock bands and is probably at least as competitive as I am (which is reeallllyyyy competitive). So, I can definitely see high-testosterone personality traits applying to him.

Either way, if you want to know more about a man quick–for instance, to find out if a male supervisor is open to risky project proposals or a potential paramour matches your view of the ideal mate–try simply asking him how spicy he likes his food!