Prefer hairy or hairless guys? Your answer could depend on where you are in your cycle!

Home > hormonology tip  > Prefer hairy or hairless guys? Your answer could depend on where you are in your cycle! 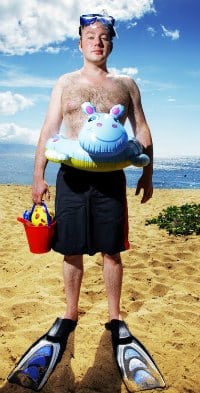 24 Jul Prefer hairy or hairless guys? Your answer could depend on where you are in your cycle! 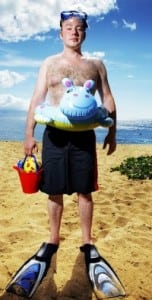 Ever think about how hairy you like a man’s chest to be? According to a study in the journal Behavioral Ecology, where you are in your menstrual cycle can impact your preference!

The researchers have lots of theories on why this change in preference occurs: It may be that early females evolved to prefer less hair during their fertile phase of their cycle because hair could contain ticks and fleas, which would be a libido-killer even during the Stone Age. Or modern women may simply prefer the culturally-accepted male-model ideal during their fertile days, which is currently a bare chest.

Another possibility is that less body hair is a cue that the man is more masculine than those with hair. Sounds strange at first, but the researchers point out that, while popular culture has equated lots of hair with higher masculinity, science shows just the opposite is true! Men with an abundance of body hair actually have a higher level of estrogen in their body than their hairless peers.

This would make perfect sense in terms of our preferences for chest hair, since in Week 2, high fertility pushes heterosexual women toward more masculine guys because our brains are wired to perceive them as healthier and, so, better genetic donors. So, we may have subconsciously picked up on the fact that hairlessness=higher masculinity. And during Week 1, Week 3 and Week 4 when fertility is low, heterosexual women tend to prefer a softer, more emotional, more feminine male–a teddy bear, if you will. So, our brains may have learned to equate hairiness with more feminine traits.

But, despite all this hubbub about how much male hairiness you prefer in a certain week of your cycle or phase of your life, the researchers say the man you’re most likely to end up with in a long-term relationship is one who has the same amount of chest hair as your father. They’re not sure if it’s due to a genetic predisposition for that level of hairiness or because it’s what you got used to seeing growing up. But, chances are, you may see a similarity you never noticed before!