Ohhhh, so that’s why guys do that!

Home > hormonology tip  > Ohhhh, so that’s why guys do that! 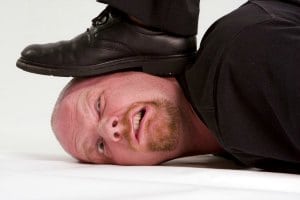 I talk a whole lot about women’s hormones and how they impact us in a wide variety of ways.

But, hey, guys have hormones, too. And they’re just as impacted by them as we are.

Sometimes, this fact is just totally obvious–like when guys start overturning cars after sporting events or forget how to do simple arithmetic when in the presence of someone super-attractive. Both effects are due to spiking testosterone, which revs the kind of aggression and excitement that edges out reason and short-circuits brain skills.

Other times, research comes out that helps us understand why a guy behaves the way he does. And, again, often it comes down to hormones.

Which is why I find this recent study in the journal Hormones and Behavior so intriguing. (Actually, I find it really funny, but am using the word “intriguing” so as not to offend the male readers who read this Hormonology blog. Hi, guys!)

Okay, so if you’re a woman who dates men, you may have noticed this odd phenomenon: There will be times when you’re on a date with a guy and a different guy–a hunky guy–says “Hi” to you, buys you a drink, asks you to dance or simply happens to accidentally glance in your direction. And then your male date goes ballistic.

Maybe he’ll confront the other guy, for instance, by giving him one of those weird chest-bumpy things that he thinks makes him look really tough, but honestly just makes him look like a drunk pigeon who can’t manage to get out of the way. Or, he might try to prove how much better he is than the other dude by suddenly ripping off his shirt and flexing his biceps–even if you’re in the middle of a fancy restaurant.

Now researchers say they know what’s bringing out your date’s inner big baby when another guy appears to show interest in you:

Turns out, men experience a swift rise in testosterone when they think another male–specifically, a hot and/or powerful male who you might be tempted to go for–is moving in on their romantic territory, which in turn, makes them more competitive and aggressive and, frankly, a little jerky.

But, hey, this whole post isn’t just about him. Your hormones make an appearance in this study, too.

The researchers discovered that male dates are more likely to experience this testosterone surge as a result of other encroaching males when you’re in the fertile phase of your cycle–your Week 2 and the first day of your Week 3 (Day 8 to Day 15 in a 28-day cycle) than when you’re in non-fertile days of your cycle.

And, guess what? You don’t even have to tell your guy when you’re in your fertile phase. He’ll just know. That’s because his brain is picking up on oh-so-subtle cues that your ready to ovulate, including your scent, the way you move, the symmetry of your facial features and that cut-down-to-there dress you’re wearing.

So, what’s the point of his going all shat-bit cray-cray when another man seems to be moving in on you? The study authors suspect it’s because your guy subconsciously wants to make sure that if any egg fertilizing is going on that month, he’s the one who’s going to be doing the fertilizing.

Now that you know what causes your date to get jealous–and when–what can you do about it?

Well, perhaps simply realizing your guy’s brain is being pummeled by an overabundance of testosterone can help you have a bit more empathy for him.

And when he rips off his shirt and flexes his muscles in front of the maître d’, maybe you can just patiently smile, then think about all the wacky premenstrual stuff you’ve done that he’s had to summon the patience to power through….