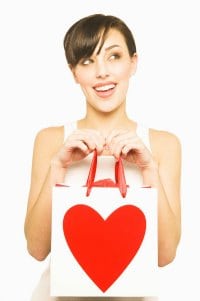 When there’s a tip that Hormonology readers love so much they write to me over and over and over–and sometimes call me up out of the blue–to thank me for it, it’s worth sharing again for those who missed it or didn’t try it the first time I wrote about it.

The tip I’d like to revisit today is using chromium to treat severe premenstrual syndrome (PMS or PMT).

And, to date everyone who’s contacted me about it have said chromium worked to significantly reduce these symptoms–many in the very first cycle of trying it. Some were astonished to find they were caught off-guard by their period’s arrival because the lack of premenstrual woes didn’t warn them.

Now, there may have been other readers who tried using chromium to prevent PMS and weren’t as impressed by the results. But, so far, I haven’t heard from anyone for whom this tip didn’t work. Which doesn’t mean this will be foolproof. Those with poorer results may have simply not been as inspired to tell me about it.

However, since I’ve gotten yet another wave of Hormonology readers lauding its effects, I’m going to go through chromium with you one more time today. Even if you don’t get severe premenstrual symptoms, chances are, you probably know a woman who does–and telling her about this could really make her day.

So, let’s talk about chromium and the research behind it:

In a small 2013 study from the University of North Carolina at Chapel Hill, 11 women with premenstrual dysphoric disorder (PMDD)–a very intense version of PMS–were given 200 mcg. of chromium twice daily or an identical-looking placebo during the second half of their cycle (Week 3 and Week 4) either alone or in conjunction with antidepressants they were already taking.

In the cycles when they were taking the chromium, the women experienced dramatic relief in premenstrual symptoms. In fact, a few said they were actually surprised when they got their period because their premenstrual phase was so easy, they didn’t even realize they’d gone all the way through it.

Contrast that to cycles when the women were taking placebos and they experienced little to no improvement in symptoms.

As the researchers discovered, chromium provided relief on its own, but also improved the performance of anti-depressants, resulting in more of an improvement than either the chromium or anti-depressants alone–even in women who’d had difficulty finding relief in the past.

Chromium affects insulin, glucose and serotonin in ways that balance mood and appetite.

If you want to try it for yourself, the dose used in the study was 200 mcg. (micrograms) twice daily during Week 3 and Week 4, which start right after ovulation in the middle of your cycle.

Also, opt for chromium picolinate, which is a more readily absorbable form of chromium. You can find it in health food stores and online at vitamin retailers.

And, just to remind you, I’m not a doctor–just a health journalist reporting on these (great, useful and often hidden away in dusty medical journals) hormone-related studies. So, always ask your healthcare provider first before taking any new supplement. And check Drugs.com for any interactions between chromium and other supplements or medications you’re currently taking.

While chromium is safely tolerated in most people, it can have adverse effects if you have diabetes, pre-diabetes, liver or kidney disease or if you are pregnant or are trying to get pregnant. So, again, talk to your doc.

With all that out of the way, if you do try chromium for your severe PMS, let me know how it worked for you. Your feedback is important to me!