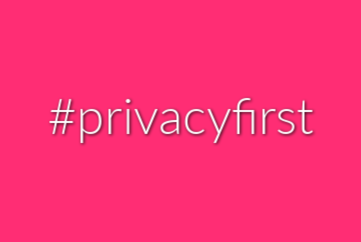 Posted at 16:35h in app by Gabrielle Lichterman
0 Likes

JUNE 25, 2022—For all users of my Hormonology apps, which include Hormone Horoscope Lite & Pro and Female Forecaster: My apps are 100% private. There is no way to access, collect or share any data you input into your app. Never has been. Never will be. I believe in privacy first.

My apps were among the 1st generation of period trackers. I helped break ground in this arena. I naively did not foresee that other period tracking app developers would callously sell user data to enrich themselves and investors. So, I regret helping to cultivate this app culture.

Once I learned what some other app developers were doing, I repeatedly shared warnings to users of menstrual cycle tracking apps that some other apps (some very well known) have been accessing, collecting, sharing and selling user data.

But now with the historic, and horrific, ruling by the US Supreme Court, privacy has become a priority. Data about your menstrual cycle and fertility must remain private. So, do I recommend you delete your period tracking app if it is not one of my own Hormonology apps? YES.

While I have always been committed to privacy, I can’t say the same for others. I can’t vouch for them. What I can say is that some have already sold and shared user data. I can say that some have obfuscated the truth about that.

And I know another thing: Money or other self-enriching gains are more important to anyone who accesses user data than rights. Some may say they’re doing it for the good of women’s health, but this is misguided or misleading, as I stated in this blog post myhormonology.com/menstrual-cycle-tracker-app-privacy-problems.

I have never been in this for the money. I have no investors. I have no ads. I have just a mission: To share important information about our bodies, our hormones in particular. I’m a health journalist. That’s my passion. So, I have nothing to lose. And no one to make rich.

I’m also a privacy advocate. Years ago, I lobbied for legislation to ban nonconsensual pelvic and rectal exams performed by med students on unconscious patients before they received surgery. I helped get a law passed against this practice in California. I’ve always been on the right side of privacy.

Aside from sharing repeated warnings, once I saw other period tracking apps sharing user data, I created a paperback period tracker. The Hormonology Menstrual Cycle Tracker Journal is available on Amazon. It’s one more way to keep your data private.

My Hormonology Menstrual Cycle Tracker Journal is set up with charts that make it fast and easy to track over 70 facets of your cycle, and to customize it to add other facets, such as health conditions. It’s more comprehensive than my Hormone Horoscope tracker app.

Pair the tracking journal with my book, 28 Days: What Your Cycle Reveals About Your Moods, Health & Potential, and you’ll have my Hormone Horoscope app in paper form. I’ll soon be releasing a short “mini” version of 28 Days to make that even easier.

While I did not foresee that developers of some other period tracking apps would be accessing, sharing and selling user data, once I discovered they were, I predicted that a paper version of period tracking would be needed to ensure privacy. Sadly, I was right.

My apps won’t live on forever. To be honest, they’re already very outdated and at the end of their lifespan. Updating them is virtually impossible since the code has to be recreated from scratch due to technology changes. And the cost is prohibitive at this point.

On top of that, I don’t want to continue to lull app users into a false sense of safety as I feel I may have done. Yes, my apps are 100% private, but not everyone else’s is. I prefer to encourage you to switch to a paper journal. Whether it’s mine, someone else’s or a notebook.

You can continue using your Hormone Horoscope Lite and Pro app and Female Forecaster app knowing I can’t access your data. Your data is only on your own device. But, as I said, my apps will be gone at some point soon. So I advise switching to paper now.

To make it perfectly clear, if I was to receive a subpoena from the U.S. government to hand over data from my apps, I would have nothing to give them. My apps do not collect any data. And there is no way for me or my app team to access your data. It’s only on your device.