Martinis, anyone? The cycle week when you’re most likely to hit the bottle

Home > hormonology tip  > Martinis, anyone? The cycle week when you’re most likely to hit the bottle 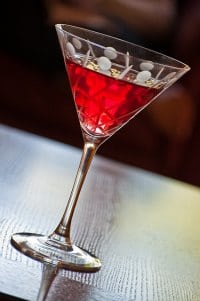 22 Dec Martinis, anyone? The cycle week when you’re most likely to hit the bottle

Remember how many cosmopolitan martinis the ladies from Sex & the City would guzzle in a single episode? If you need a reminder, it was a lot. Well, it may have been that their propensity to glug glug glug their way through their day was because they were PMSing.

Turns out, women who experience premenstrual syndrome tend to drink more heavily–and consume more hard liquor than beer or wine–during their premenstrual week than women who don’t experience PMS, according to a 2012 study in the Archives of Women’s Mental Health.

One key reason is because women with PMS appear to experience the typical temporary mood boost you get from alcohol, but they also have fewer negative side effects (such as weepiness and fatigue) when they consume it during their premenstrual week, which may be due in part to fluctuations in the mood-regulating brain chemical GABA, the study states.

So, it may be that when women with PMS try using alcohol to reverse a bad premenstrual mood and discover it works–and, even better, it comes with fewer negative side effects–it becomes a form of positive reinforcement, training their brain that booze is a PMS-busting elixir they can turn to whenever they need a quick premenstrual pick-me-up, resulting in more pre-period drinking.

What’s this mean for you?
.
If you’re one of the millions of women who experience PMS, you may want to pay closer attention to your alcohol consumption during your premenstrual week because you might end up drinking more than you intended. And, while it may feel good going down, it can also mean you’re at risk of developing a bad habit that can lead to various health problems associated with excessive alcohol intake or, worse, waking up one morning greeted to a video that your friends uploaded to YouTube of you wearing a lampshade on your head while doing the whip and nae nae.
.
For healthier (and less potentially embarrassing) approaches to reducing bothersome premenstrual symptoms, try any of the dozens of natural, study-proven remedies I’ve reported on in this blog.
.
Never miss a single Hormonology tip:
Click here to subscribe to the free Hormonology newsletter today!