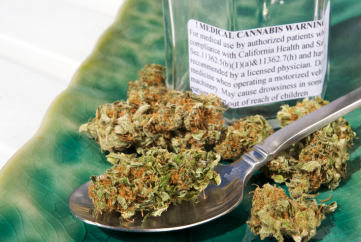 NOVEMBER 23, 2022—If you’re going through the 5- to 10-year transition from regular monthly menstrual cycles to when your cycles cease in menopause–a phase called perimenopause–then you probably are frustratingly familiar with the symptoms that can crop up during this time. Just a few include insomnia, hot flashes (which are when you’re suddenly overtaken by heat and sweat during the day), night sweats (which are even more annoying hot flashes that occur as you try to sleep), anxiety, depression, aches, low libido, vaginal dryness and vaginal pain.

One of the key culprits behind these often uncomfortable and life-interrupting symptoms is fluctuating levels of estrogen and a steep drop in your overall level of estrogen. As your body churns out less of this hormone, and produces it in more erratic, less predictable amounts, it can disrupt the delicately balanced processes that occur in the brain and body that maintain your temperature, mood, pain sensitivity, sex drive, vaginal lubrication and more.

So, it’s no surprise that one way doctors treat severe perimenopause symptoms is with supplemental hormones, such as hormone birth control. This helps raise and steady levels of estrogen, which can make these delicately balanced processes work more effectively.

But, what if you don’t want to take supplemental hormones because of the side effects or health risks? Or what if you prefer to treat your perimenopause symptoms with a natural remedy?

If you live in an area where you have access to legal recreational or medical marijuana, this could be an option. And if you’ve already thought about trying marijuana, you wouldn’t be alone. Two recent surveys suggest that the majority of perimenopausal women are interested in trying cannabis to lessen their hormone-related symptoms.

How many women would use cannabis for perimenopause?

In a study published in the September 2022 issue of the journal Menopause, researchers recruited 258 people who were assigned female at birth from the U.S. through social media (such as Facebook, Reddit and Twitter) to answer a survey about perimenopause, menopause and cannabis use.1

What did the survey results show? A staggering 86% of survey respondents said they currently use cannabis to treat their perimenopause-related symptoms.

Now, it’s worth noting that the social media advertising used to recruit the participants for this survey was specifically geared to those with an interest in women’s health as well as cannabis and cannabinoids (compounds in marijuana that impact mood, pain and other aspects of the body). As a result, the vast majority of survey-takers–92%–already had tried cannabis at some point in their life and 83.5% had a history of regularly using it. So, the numbers can obviously be a bit skewed toward a marijuana-friendly population.

Fortunately there’s another study that can shed more light how much interest there is in using marijuana to treat perimenopause symptoms. Reporting in the March 2021 issue of the Journal of Women’s Health, researchers wanted to find out how many women in the U.S. would be willing to use marijuana to treat mood and pain issues related to gynecological conditions, such as menstrual cramps, premenstrual syndrome (PMS) and premenstrual dysphoric disorder (PMDD). This is a bit different from the 2022 survey, which was asking how many of the participants were already using marijuana to treat hormone-related issues.

Also, to avoid bias, when posting about their survey, the study authors asked women if they would be interested in sharing their opinions on “women’s health and pain” without mentioning marijuana until the participants got to the questions. As a result, they attracted a much larger share of respondents who never used marijuana (36%). The pool of respondents was also larger, including 995 women.

It’s clear that not only is marijuana use growing in acceptance, but even those who’ve never tried it before would turn to it to help them treat gynecological and hormone symptoms.

Researchers have now confirmed their hunch: Many women want to use marijuana to help ease perimenopause symptoms. And, in fact, many already are using it. But, is there scientific data to prove this treatment works? The study authors admit that as of 2022, studies testing cannabis’ effect on perimenopause are scarce. In fact, it’s probably why they conducted these surveys in the first place: to prove to other scientists and those who fund scientific research that this is a topic worth exploring. Like right now.

But, the scientists did point out that there is evidence that hints that cannabis has the potential to be an effective treatment for perimenopause problems.

For example, preclinical research show that cannabinoid-based therapies, like marijuana, reduce anxiety in animals that have had their ovaries removed, suggesting that estrogen may reduce anxiety through the same endocannabinoid system activated by cannabis.3

What’s more, preliminary research has shown that cannabinoid-based treatments have the potential to ease hot flashes and night sweats caused during perimenopause by relaxing blood vessels.4

But, clearly more research needs to be done, and on humans, to come to any solid conclusions.

Should you try cannabis for your perimenopause symptoms?

If you live in an area where recreational or medical marijuana is legal, and your healthcare provider feels it’s safe for you to try based on your medical history and current medication use, then there doesn’t seem to be a downside.

Just keep in mind that a small amount of marijuana–whether inhaled or consumed–can be effective in easing perimenopause symptoms. However, a larger amount can actually worsen some symptoms, for example, anxiety. So, start with a smidgen and see how much is needed for you to feel better.

Oh, one other thing: If you’re comfortable sharing your views on using marijuana to help ease perimenopause symptoms, post links to information about it on social media (like this blog post!), answer surveys, post comments on news articles and talk to your doctor about it. The more we make it known that we want to try using cannabis to treat our gynecological and hormonal issues, the more likely it is that researchers will want to conduct studies about it. They can also point to growing public interest in the topic to get the funding and support they need to complete these studies. The result will be that we’ll know more about how cannabis works, what could possibly make it even more effective and what safety issues we should be aware of when using it. So, speak up!