Is yoga the ancient cure for PMS?

Home > hormonology tip  > Is yoga the ancient cure for PMS? 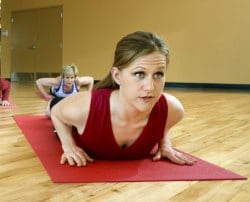 04 Dec Is yoga the ancient cure for PMS? 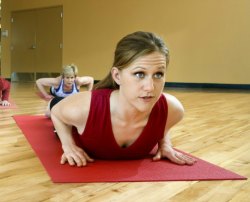 Tired of moodiness, irritability and other bothersome symptoms during your premenstrual week and the first few days of your period? Try yoga!

A 2013 study in the Journal of Clinical and Diagnostic Research reveals that regularly practicing this ancient exercise can alleviate these hormone-fueled symptoms.

In the study, researchers assembled two groups of women: One group practiced yoga for 35 to 40 minutes six days per week for three consecutive menstrual cycles and the other group, the control, didn’t do any yoga.

By the end of the study, the researchers report that the differences were clear: The yoga group experienced a “significant” drop in anger, depression and anxiety and an increase in well-being during their premenstrual week and less sadness during menstruation compared to the control group. What’s more, the women in the yoga group had a lower resting heart rate and lower blood pressure, indicating they were more relaxed.

The researchers suggest that regular yoga practice may work to boost your mood and reduce stress by bringing the brain and hormones into balance and calming an overactive nervous system. It may also boost a certain neurotransmitter in the brain–gamma amino-butyric acid (GABA)–that has a soothing effect on you.

While the researchers of this study didn’t examine whether doing less yoga per week would have the same effect, it likely would though possibly to a lesser extent.

If you’re new to yoga, check out what some simple introductory poses are like here. However, consider attending a yoga class with a qualified instructor to make sure you’re doing the poses correctly so you can avoid injury.