You’re half-rubber, you’re half-glue… When you’re prone to shaking it off or churning it over

Home > hormonology guide  > You’re half-rubber, you’re half-glue… When you’re prone to shaking it off or churning it over 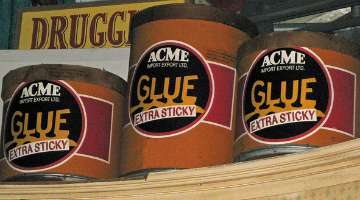 25 Aug You’re half-rubber, you’re half-glue… When you’re prone to shaking it off or churning it over

This morning, I was happily doing some light yardwork out in front of my house when a neighbor approached. She chatted about this and that. Then, she proclaimed, “I have to go now. I have a birthday present for the woman next door and since she’s going away on vacation, I want to make sure she gets it.”

And that one sentence gave my whole mood an instant 180-degree turn into Darksville.

You need a little backstory:

See, this particular neighbor who interrupted my yardwork happens to be someone who’s asked me for something like a gazillion favors ever since we moved here eight years ago. I’ve watered her plants, taken in her garbage, driven her to get her hair done, waited for her to get her hair done and taken her back home, taken her and her husband out for lunch (my treat), groomed her eyebrows, dyed her hair and gotten her mail more times than I can count while she was away on the many mini-breaks she takes from the already pretty mellow, unfettered vacation of her life. And, on top of that, I’ve given her–and her husband–numerous birthday, holiday gifts and anniversary cards over the years.

All to zero reciprocation. In fact, after all this time and after all this neighborly goodwill, she doesn’t even know which month my birthday falls in.

And now she’s telling me she’s gotten a birthday gift and card for the new neighbor next door who got her mail ONCE?!

While still digesting this little nugget of information, I then got the unceasing pleasure of witnessing her ring my next door neighbor’s doorbell and bestow upon her the elusive birthday gift that I have yet to see after all these years.

Now, at this point in my story, I feel it’s important to point out that I’m in my premenstrual Week 4. Estrogen has been on the downswing for days. And, with it, feel-good brain chemicals. To be sure, this plunging estrogen status didn’t make me start off my day on a sour note. In fact, I was actually rather chipper. But, it certainly had at least a little (okay, a lot) to do with my reaction to this birthday-gifting scene I just witnessed.

Because this, of course, was the mature and healthy thing to do.

Then, I had to laugh. Because I realized that I was exhibiting classic premenstrual Week 4 behavior: I was ruminating. I was making my view of the situation worse by churning it over and over in my mind and making it bigger and bigger with ever churn.

Then, I thought about how I’d respond to this same exact scenario if it had happened in Week 2 of my cycle when estrogen was rising. And, I realized, yes, it would have probably stung a little, but I would have likely laughed it off, chalked it up to my neighbor’s usual bad manners or thought of a way to learn from it, for instance, by resolving to stop being so generous with my time, money and effort with people who send the clear signals that this is a one-way relationship.

And, in that moment, I realized a funny thing: You know that children’s retort: “I’m rubber, you’re glue. Whatever you say bounces off me and sticks to you.”

I realized that during the first half of my cycle, I’m rubber.

During the second half of my cycle, I’m glue.

Meaning that rising estrogen in Week 1 and Week 2 (which starts with the first day of menstruation and lasts through ovulation) helps you shake off irritations, frustrations and even insults faster because it increases levels of mood-elevating brain chemicals that make you more resilient, patient, flexible and upbeat. You may still get irked, but you tend to get over it faster. In other words, annoyances bounce off you, making you “rubber”.

And plunging estrogen in the first half of your Week 3 (the first three days after ovulation) and throughout your premenstrual Week 4 makes you more likely to churn over irritations, frustrations and insults longer because it drags down levels of mood-regulating brain chemicals, making you more easily wounded, less patient and more negative. In other words, annoyances tend to stick in your head, making you “glue”.

To be honest, simply realizing and acknowledging this made me feel a whole lot better–in a way that venting and (surprise, surprise) ruminating totally didn’t.

So, I’d like to propose that the next time you find yourself churning over something negative in the second half of your cycle, think about how you’d respond to the same scenario if you were in the first half of your cycle. You might just get enough of a laugh to halt your ruminating, change your perspective and turn your mood back around.