Get migraines toward the end of your period?

Home > health  > Get migraines toward the end of your period? 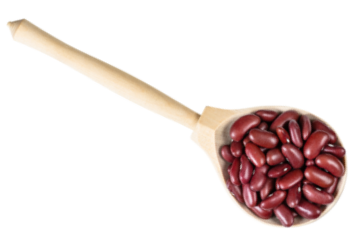 24 Nov Get migraines toward the end of your period?

UPDATED NOVEMBER 24, 2022 (originally published October 6, 2016)—If you get menstrual migraines, then you probably know that they tend to occur in the few days right before menstruation or shortly after your period starts. These intractable head-pounders are caused by a sharp drop in estrogen and are considered the most painful and difficult to treat migraine you can experience.

But, what if your migraine starts at the tail-end of your period? Or shortly after your period ends?

Believe it or not, that’s good news. Why? Because there may be an easy way to prevent them.

In a 2017 study, researchers examining 85 female migraine sufferers discovered that more than one in three (35.3%) experienced their migraines at the end of their period or right after it was over.1 The study authors argue that this a different type of cycle-related migraine, which they dubbed end-menstrual migraine (EMM).

Here’s where things get really interesting: Of those women who get EMMs, an overwhelming 93.3% of them also had low ferretin, an indicator of insufficient iron stored in the body. A dip in iron is a common problem at this point in your cycle because iron is shed as you bleed during menstruation.

What the researchers took from this was that these EMMs are not due to low estrogen like migraines that hit shortly before or shortly after menstruation begins. They argue that by the time your period ends, estrogen will have already risen to a level that shouldn’t cause these head-pounders. Instead, these EMMs must be due to low iron, which is known to also be a migraine trigger.

And, since low iron is the cause, it can also be the way to prevent them. If you simply increase your intake of iron-rich foods in your daily diet (such as fortified cereal, oysters, beans and spinach) or take a daily iron supplement (15 mg. for ages 14 to 18; 18 mg. for ages 19 to 50), you’ll avoid the steep dip in iron during your period that triggers your EMM.2

Keep in mind that there is rare, but serious, risk of taking iron for people who have the health condition hemochromatosis, so talk with your healthcare provider before upping your iron.