How good are you at picturing details? Your answer could play a key role in second half of your cycle

Home > hormone research  > How good are you at picturing details? Your answer could play a key role in second half of your cycle

25 Feb How good are you at picturing details? Your answer could play a key role in second half of your cycle 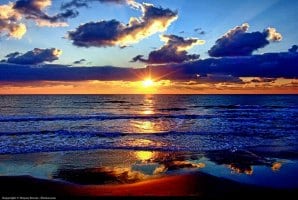 Before we get into today’s Hormonology Tip, I’d like you to take a moment to rate something about yourself:

How vivid are images in your mind when you think of them, for instance, when you picture a loved one or beautiful sunset?

Extremely vivid? Moderately vivid? Not vivid at all?

If you need help assessing this, you can take this short test administered by psychologists called the Vividness of Visual Imagery Questionnaire that asks you to rate the vividness of mental images of various scenarios.

Okay, so you got a handle on how vivid images are in your mind?

Past research already shows that you have stronger memories of stressful or highly emotional scenes you’re in or witness (such as being in a car accident or watching a gory movie) when you experience them in the second half of your cycle–your Week 3 and Week 4, which starts the day after ovulation and lasts through the day before your period.

That’s because higher levels of progesterone in the second half of your cycle create certain changes in the brain that make stressful and emotional memories more prominent. And the reason for it likely comes down to keeping you safe: Some researchers theorize that during Week 3, your brain believes you could have gotten pregnant during ovulation, so it wants you to remember dangerous places, people or other problems you need to avoid more clearly.

Okay, so what about that whole vividness thing I opened up with?

Well, a new study in the journal Biological Psychology has added something new to this progesterone/memory phenomenon:

Turns out, women who can imagine scenarios with more vividness form the strongest memories of stressful and emotionally-charged images during the second half of their cycle.

The researchers speculate this may happen because when the brain is processing memories in high-vivid women, it’s doing so with more details, creating a clearer image of it in their memory banks. Or it may be that high-vivid women tend to go over the disturbing image more frequently in their mind, making it stick like glue.

And, when this vividness effect is combined with high progesterone, it practically cements stressful or emotionally-charged images in the brain with far greater detail.

So, what’s the take-away from all this? It’s actually an important one:

Ultimately, women who form strong stressful or emotional memories are more likely to have them intrude on their daily thoughts. You know, like when you’re pouring a cup of coffee and you suddenly start thinking about that car that rammed into you five months ago? Or you’re eating a muffin and a bloody scene from a fight flick you watched last week comes roaring back into your mind?

This means if you have a problem with intrusive memories, when you can, you’ll likely want to try to steer clear of stressful or highly negative images–such as scary movies and graphic news stories–in the second half of your cycle.

And, this is especially true if you’re someone who’s able to vividly imagine scenes. Not only are your fearful memories stronger, visual cues around you (such as blood-red ketchup) tend to spark more of these frightening memories in you.

But, what if there’s no way to avoid experiencing a stressful or disturbing event in the second half of your cycle–like, say, after you seriously bomb at a job interview or witness a mugging? Then try shorting yourself on sleep on the night it happens. Preliminary research suggests that since sleep is needed to process frightful memories, getting too little shut-eye makes emotional memories less easily remembered.