Steamy pics pick you up in Week 1 and Week 2 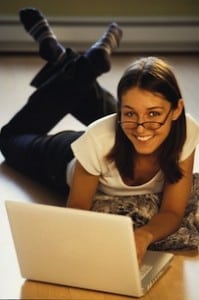 Posted at 01:39h in hormonology tip by Gabrielle Lichterman
0 Likes 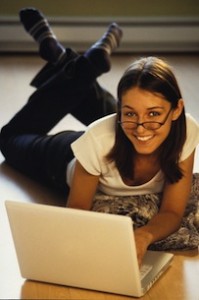 In the first half of your cycle, rising estrogen is making you more prone to upbeat moods. But, just because estrogen is rising, it doesn’t necessarily mean you’ll be grinning ear to ear 24/7 throughout your Week 1 and Week 2. Life often has a way of throwing a monkey wrench (or two or five) into your hormone cycle, which can trigger irritation or the blues even during your rising hormone days.

For instance, right now I’m at a hotel in Philadelphia and am kind of stewing over the hotel restaurant’s woeful lack of vegetarian options, the exorbitant price of their few non-meat options ($10 for a single scoop of hummus, really?), the hotel firewall that blocks my free cable Internet so they can charge me an obscene daily fee for their Wi-Fi connection (I am so writing a letter about this once I get home) and the odd way my room is filled with over a dozen ladybugs flying around. Not that ladybugs are actually bad. But, I’m on the 8th floor and the windows don’t open–so where did they come from? (By the way, I carefully captured and released them all outdoors by some nice bushes where I’m sure they’ll go on to live a long life–though without the pleasure of cable TV and my warm sheets.)

Luckily, I also know that rising estrogen in the first half of your cycle makes it easier to pivot from a grouchy mood to a positive one. That’s because, when on the rise, this hormone makes you more resilient and open to enjoying activities that can trigger a better outlook.

To that end, I’m squeezing every penny out of my hotel’s expensive Wi-Fi connection by watching (and re-watching) that scene from Crazy. Stupid, Love–you know, the one where hunky Ryan Gosling’s character does his “big move” on Emma Stone’s character? Yeah, that one.

That’s because a study in the journal Hormones and Behavior shows that during the first half of your cycle, rising estrogen prompts a huge surge in good feelings when sneaking peeks at racy images. Much bigger than if you saw the same steamy pictures and videos during the second half of your cycle when this hormone is on the downswing.

So, after a few viewings of that scene–and one more for good measure–I’m not feeling so grouchy after all….