Your voice sounds prettier during this week of your cycle

Home > best week to...  > Your voice sounds prettier during this week of your cycle 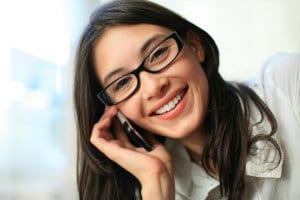 If you’ve been meaning to update your outgoing voicemail message, you want to leave a flirty voicemail message for a cutie you’ve been wooing or you need to record a voiceover for a video, aim to do it during the second week of your menstrual cycle (which starts eight days from the onset of your period). According to a 2009 study from the University of California, Los Angeles, the pitch of your voice rises as you approach ovulation at the end of this week, making you sound more feminine and attractive.

Want proof that this voice change is noticeable enough to enhance people’s perceptions of you? In two separate studies–a 2013 study in the journal Hormones and Behavior and a 2011 study in the journal PLoS ONE–males preferred recordings of female voices that were taped in the days leading up to ovulation over those recorded in other phases of women’s cycles.

One theory for the monthly voice change: High estrogen on these days may trigger certain subtle voice shifts as a way to let potential mates know you’re fertile.