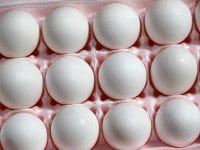 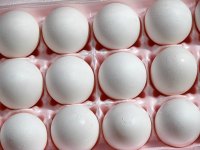 Remember this recent post that revealed clues to help you determine which week another woman is in in her monthly cycle without having to ask her? Here’s a study that shows you why knowing where another women is in her cycle can help you:

The next time you need a surge in confidence, physical stamina, competitiveness or libido–say, before a big interview, important presentation or hot date–look for a woman who’s ovulating (which occurs at the end of Week 2, around the middle, of her menstrual cycle) and stand near her.

A fascinating 2013 study published in the journal Evolution & Human Behavior shows that being in close proximity to a woman who’s in the fertile phase of her cycle prompts your body to churn out more testosterone.

And it works the other way, too: Being physically close to a woman who’s in a non-fertile phase of her cycle prompts your body to reduce its testosterone level.

The proof: Researchers asked female volunteers to sniff t-shirts that had been worn by women while they were in the fertile phase of their cycle (Days 13, 14 and 15) and those worn by women in a non-fertile phase of their cycle (Days 20, 21 and 22). The researchers then measured the sniffers’ testosterone levels. Those who breathed in the fertile women’s scent had more testosterone while those who breathed in the non-fertile women’s scent had less of this hormone.

This is key since a higher output of testosterone triggers more of those thoughts and behaviors I mentioned above–confidence, physical stamina, competitiveness and sexual desire. While less of this hormone, as you can probably guess, causes a decrease in these types of thoughts and behaviors.

So, why do our bodies make this hormonal change based on where other women are they are in their cycle? Here’s what the researchers theorize: It may be that because we evolved to send out signals during ovulation that let others know we’re fertile, this, in turn, touches off a competition with other gals near us for the best mates with whom to procreate. So our own testosterone levels shoot up to try to muscle our romantic rivals out of the way.

On the flipside, when we gals aren’t fertile, we evolved to be social and supportive of one another. And a lower level of testosterone would encourage more cooperation among us.

Go ahead and try this–stand next to an ovulating woman or non-ovulating woman–then let me know if you notice a difference in yourself!