Make exercise easier during the second half of your cycle 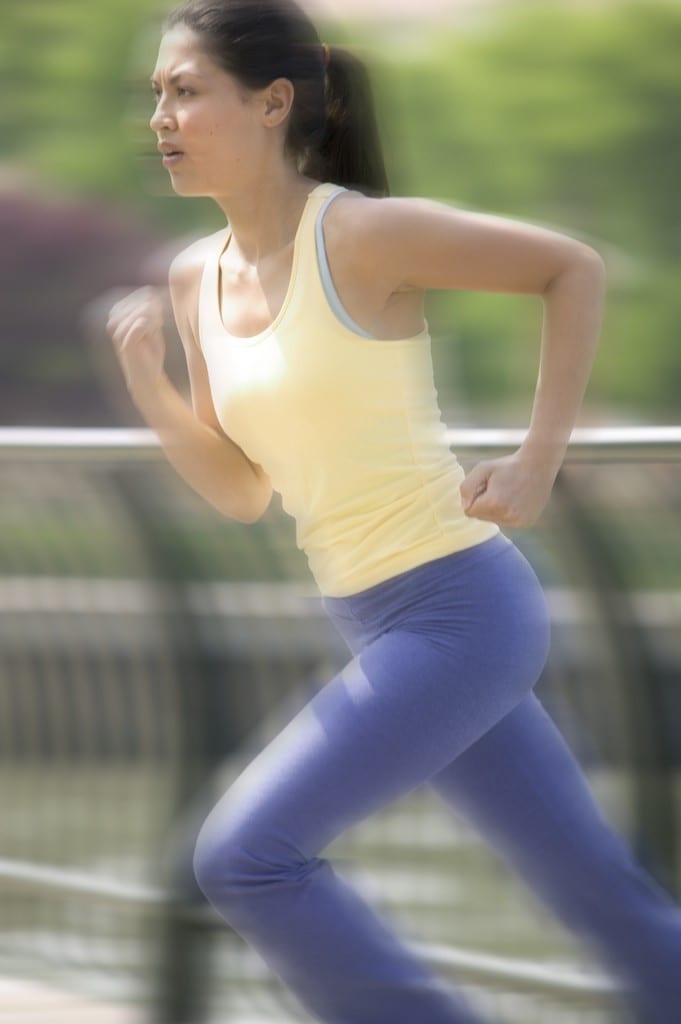 So, it seems fitting to report on a 2012 study in the journal Medicine and Science in Sports and Exercise that shows you’re likely to find prolonged bouts exercise (such as biking or running) more difficult to do in high heat and humidity during the second half of your cycle than during the first half.

The reason? During these last two weeks of your cycle, progesterone triggers a slight rise in your core body temperature and makes you more sensitive to soaring temperatures and mugginess, which tires you out faster.

What’s this mean for you? When the weather forecasters predict that the thermometer and stickiness will be climbing high during the second half of your cycle, consider taking your exercise indoors or moving your outdoor workout to a time of day that’s not as hot and steamy, like the early morning or evening.

Another option: Try holding something cold in your hands as you do your work out, like chilled water bottles or cold cans.

In an intriguing Stanford University study, researchers asked obese women to hold a device that cooled their palms as they exercised. Excess fat acts as insulation, so it triggers overheating faster during workouts, making exercisers prone to quitting faster. However, when the women in the study held the palm-chilling device as they worked out, they were significantly less fatigued and uncomfortable and, as a result, exercised longer.

As the researchers explain it, blood that’s chilled in the palms gets circulated throughout the rest of your body, keeping you from overheating.

It would make sense that this same technique would work to help counter progesterone’s overheating effects in the second half of your cycle, too.

I’m already a big fan of chilling parts of my body to counter migraines. So, I’m excited to try this palm-chilling technique the next time I’m in the second half of my cycle. If you try this tip, yourself, let me know how it works for you!