When OCD symptoms may intensify in your monthly cycle 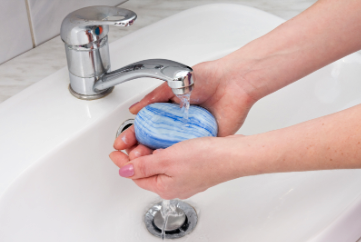 26 May When OCD symptoms may intensify in your monthly cycle

Posted at 01:26h in hormonology tip by Gabrielle Lichterman
0 Likes

UPDATED May 26, 2022 (originally published November 4, 2013)—Have a menstrual cycle and are also challenged with obsessive-compulsive disorder (OCD), for instance, you wash your hands excessively, need to perform certain “rituals” (like knocking three times), have the urge to align items on your desk in a specific way or pick at your skin? Where you are in your monthly cycle can play a part in the severity of your OCD symptoms.

According multiple studies, compulsive behaviors are more pronounced for many women during the premenstrual phase (the six days before menstruation starts) as well as the first few days of your period.1

What’s more, OCD worsens for some women after giving birth and during the transition to menopause.

Why would OCD symptoms become more intense at these times? Researchers suspect that a plunge in estrogen, which occurs during each of these phases, causes anxiety and/or the blues, which then triggers compulsive behaviors as a way to cope with or combat them.

Another theory from scientists is that a drop in serotonin caused by a decrease in estrogen is behind the rise in OCD behaviors.

What can you do with this information?

If your OCD symptoms flare up during your premenstrual phase or period, remind yourself that it’s likely due to low levels of estrogen. Understanding why symptoms intensify at times can help you dole out more self-compassion, which can ease your stress about it. Then remember that your estrogen will rise again, and when it does, symptoms may become a bit less bothersome.