How do coffee and tea affect your hormones?

Home > energy  > How do coffee and tea affect your hormones? 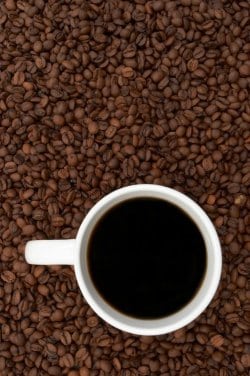 29 Sep How do coffee and tea affect your hormones?

Evidently it’s International Coffee Day–which I can only assume is some kind of celebration of the glorious brown bean that’s helped many a sleep-deprived and hungover human make it through another day without suddenly face-planting right into a nap.

If you’re one of the millions (maybe billions?) around the globe who can’t live without your coffee, tea, soda or energy drink, you may have wondered if caffeine is affecting your hormones. (Or maybe not. However, since this is a hormone blog, I’m going to assume you’re thinking about hormones more frequently than, say, folks who are currently reading blogs about sports jerseys or Tamagotchi toys.)

Anywho, how caffeine affects hormones has puzzled researchers, too, and they’ve conducted a bunch of studies to find out more.

Unfortunately, so far, the results are a bit see-sawy: Some studies suggest caffeine raises estrogen, others suggest caffeine lowers it and others say its hormone-altering effects depend on your age or race. In fact, the only thing these researchers seem to agree on is that further research needs to be done to confirm any of their findings.

However, there are a couple of interesting tidbits that have come out from some of this caffeine research that are worth sharing:

One study from Duke University Medical Center shows that your body metabolizes caffeine a little more slowly during the second half of your cycle (Week 3 and Week 4) due to the presence of progesterone.

What’s this mean for you? Well, while you’re chugging a second mug of your favorite caffeinated beverage during your Week 3 and Week 4, keep in mind that your body may still have some caffeine left in its system from your first mug-full. As a result, you may want to slow down your caffeine drinking on these days so you don’t overdo it and end up with the caffeine shakes.

Also, as a handy heads-up, caffeine has been shown to worsen premenstrual irritability (especially on an empty stomach), so cutting back on it during the second half of your cycle is a smart move, anyhow.

One other intriguing preliminary finding that comes from Southwestern University suggests that drinking one extra cup of caffeinated coffee, tea, etc., than you usually do may rev your sex drive. The reason is unclear, but it could be because caffeine prompts your body to churn out more testosterone–the hormone that charges up your libido and intensifies pleasurable sensations–or that its stimulating effects prompt more blood flow to regions down below.

Purely in the interest of science (naturally), I’ve personally tried experimenting with upping my caffeine intake during my Week 2–when high estrogen and testosterone are already making a woman’s sex drive and physical pleasure peak–just to see how much more intense I could make them. I felt it was necessary to repeat this experiment several times (then a few times more) just to, you know, confirm my findings. But, without a doubt, yes, I found that caffeine does, indeed, push my libido and physical sensations into superpowers territory. (I feel I should warn you that if you try this experiment yourself, be sure you’re already someplace where you can have a little privacy for an hour. Or five. The libido-enhancing effects kicks in for me mighty quick–and it could for you, too.)

I’ve also tried taking in an extra dose of caffeine during the second half of my cycle–despite the risk of triggering plunging-estrogen irritation, but, hey, anything for science, right? While the second cup of caffeine didn’t have the uber-amplified effects it had in my Week 2, it did give me a considerable bump in desire that was worth acting on.

So, why do you need an extra dose of caffeine for this libido-boosting effect to kick in? The researchers speculate that your body is so used to your usual daily intake that you wouldn’t experience this rise in passion unless you upped the ante a little. Just be careful not to overdo it: Caffeine overdose is a real and ever-present danger. Just ask anyone who’s ever camped out at a coffee shop offering free Wi-Fi for four hours straight. Guilty!