Have severe PMS or PMDD? Chromium could help

Home > health  > Have severe PMS or PMDD? Chromium could help 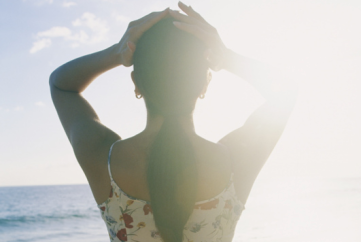 23 Jun Have severe PMS or PMDD? Chromium could help

.
JUNE 23, 2021—Do you dread the second half of your cycle (your Week 3 and Week 4, which spans the day after ovulation through the day before your period) because of depression, uncontrollable anger, debilitating anxiety, intense food cravings, stop-you-in-your-tracks fatigue or other major symptoms?

You may among the 20% of women with severe premenstrual syndrome (PMS). Or you may be among the 5% to 10% of women who have premenstrual dysphoric disorder (PMDD), which is characterized by symptoms that are intense enough to interfere with everyday life, such as your relationship, school, work and/or overall well-being.

Many doctors prescribe antidepressants or hormone birth control to treat severe PMS and PMDD. But, if you prefer to try non-prescription remedies, it’s worth asking your healthcare provider about chromium.

How does chromium impact PMS and PMDD?

Chromium is a mineral that’s found naturally in grapes, lettuce, bananas and other foods. You can also find it supplement form in health food stores and vitamin retailers.

This mineral known for affecting insulin, glucose and serotonin in ways that balance mood and appetite. So, in 2013, researchers at the University of North Carolina at Chapel Hill wondered if supplementing with it could improve symptoms in women with PMDD.

They completed a small study where they gave 11 women with PMDD 200 mcg. of chromium twice daily or an identical-looking placebo during the second half of their menstrual cycle (their Week 3 and Week 4). The supplement was taken either alone or in conjunction with antidepressants the volunteers were already taking.1

The results: In the cycles when the participants were taking chromium, they experienced dramatic relief in premenstrual symptoms. In fact, a few said they were actually surprised when they got their period. Their premenstrual phase was so easy, they didn’t even realize they’d gone all the way through it.

By contrast, in cycles when the women were taking placebos, they experienced little to no improvement in symptoms.

A bonus benefit for chromium

The study authors found that chromium provided relief when used by itself. But, their research also uncovered that this mineral increases the effectiveness of antidepressants, resulting in more of mood improvement than using either chromium or antidepressants alone. This held true even in women who’d had difficulty finding relief in the past.

While chromium is safely tolerated in most people, you should talk with your doctor, nurse practitioner, registered dietitian or other healthcare provider first before taking a chromium supplement, especially if you have diabetes, pre-diabetes, hypoglycemia, liver or kidney disease or if you are pregnant or are trying to get pregnant.

Additional research needs to be done to confirm this study’s findings. However, if you want to try it for yourself, opt for chromium picolinate, which is a more readily absorbable form of chromium.

To learn more about chromium, visit the National Institutes of Health Office of Dietary Supplements.