12 natural, study-proven ways to win the battle against migraines 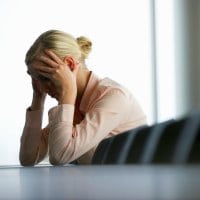 10 May 12 natural, study-proven ways to win the battle against migraines

Yesterday, I got an email from Julie, a Hormonology newsletter subscriber, who asked me about menstrual migraines and wondered if I knew of any holistic treatments for them.

Not only am I a longtime health journalist who specializes in natural remedies (in addition to hormones, of course!), I’m also a lifelong migraine sufferer–getting them from hormone hormone fluctuations, weather changes, food sensitivities and stress–and have tried nearly every study-proven natural remedy available.

So, below I’ve rounded up 12 natural remedies for migraines that have been researched and proven to be effective. And I’ve explained the science behind why each works.

Personally, without resorting to prescription medications, I’ve slashed my migraine frequency by more than half and significantly reduced the pain intensity when I do have them, which has given me my life back.

If, like me and Julie, you’re bothered by migraines during certain times of your cycle due to fluctuating hormones or because of other reasons, like weather changes or stress, take a look at these 12 natural, study-proven ways to reduce migraine frequency and intensity so you can enjoy a more pain-free life:

While strenuous exercise can trigger a migraine attack, several studies (like this and this) show that regular moderate aerobic exercise–for example, 40 minutes of brisk walking, swimming or dancing three times per week–can reduce how often you get migraines and limit how intense they become. In one three-month study in the journal Cephalalgia, researchers found that exercise was just as effective at warding off migraines as taking the daily prescription medication topiramate (sold by the brand name Topamax), but without any of the side effects associated with the drug, such as fatigue and constipation.
How it works: Researchers believe a workout that gets your heart pumping prompts the production of endorphins, which are your body’s natural painkillers, reduces tension that can contribute to the onset of a migraine and helps combat obesity, a risk factor for more frequent attacks.

The same study in the journal Cephalalgia found that migraineurs who regularly practice relaxation techniques–such as meditation, tai chi or yoga–also experience a reduction in migraines similar to taking Topamax.
How it works: Relaxation methods reduce stress that can trigger migraines.

The next time you notice the first signs of a migraine, try lighting a lavender-scented soy candle or applying a dab of lavender essential oil to your wrists. In a study in the journal European Neurology, breathing in the aroma of lavender essential oil for 15 minutes triggered a notable reduction in pain in 92 out of the 129 migraine headaches where it was used.
How it works: Researchers believe that compounds in lavender’s aroma may reverse blood vessel changes in the scalp that contribute to migraine pain.

If you’re bothered by two or more migraines per month, too little sleep may be to blame, say Missouri State University pain researchers.
How it works: In their study, they found that a lack of sleep triggers the production of certain proteins that are linked to activity in the trigeminal nerves—a pathway that runs from the brain stem to head and face and plays a key role in migraines. The recommended amount of sleep is seven to eight hours nightly. You can boost the benefit by sticking to a regular sleep schedule (including on the weekends) since erratic sleep hours are also thought to increase migraine frequency.

Co-enzyme Q10 (coQ10) is a naturally-occurring vitamin-like compound found in all your body’s cell where it’s used to produce energy for growth and maintenance. In one study in the journal Cephalalgia, 61.3% of patients who took 150 mg. of this compound as a supplement daily had 50% fewer migraines after four months. That’s similar to the results of another study where patients were given 100 mg. of coQ10 three times daily.
How it works: CoQ10 is believed to refuel drained energy cells, which may be one cause of repeated migraines.

In a study in the journal Cephalalgia, migraineurs who took 600 mg. of magnesium daily for 12 weeks experienced a 41.6% reduction in headaches while a placebo group saw just a 15.8% drop.
How it works: Magnesium affects key brain structures and chemicals believed to play critical roles in the onset of migraines. If you haven’t taken magnesium supplements before, start with 200 mg. daily for two weeks, then add another 200 mg. for the next two weeks and another 200 mg. two weeks later. This will help you avoid loose stool that can accompany higher doses of this mineral. Another tip: When picking a magnesium supplement, opt for one with twice as much calcium (such as 200 mg. of magnesium and 400 mg. of calcium), which helps absorption.

Vitamins B6, B12 and folic acid

Patients who get migraine with aura who took 25 mg. vitamin B6, 400 mcg. of vitamin B12 and 2 mg. of folic acid daily experienced a 50% reduction in migraine disability after six months whereas no reduction was seen with the placebo, according to a study in the journal Pharmacogenetics and Genomics.
How it works: This nutrient combo leads to a 39% reduction in the brain’s level of homocysteine–an amino acid thought to irritate the lining of blood vessels and may be a contributing factor to migraines.

Taking 75 mg. twice daily of the herb Butterbur (Petasites hybridus) has been shown to reduce migraine frequency by 50% to 60% in numerous studies (like this, this, this and this) after three to four months.
How it works: While its exact mechanisms aren’t known, Butterbur may work by reducing inflammation, relaxing muscles and regulating blood flow to the brain. Important: Some butterbur preparations contain chemicals called pyrrolizidine alkaloids (PAs) that can damage the liver and cause other serious harm. Only butterbur products that are certified and labeled “PA-free” should be used, such as Petadolex.

Chocolate was long believed to be a migraine trigger for migraineurs. However, a Missouri State University study suggests that some folks may actually find headache relief from eating dark chocolate daily, for instance, as candy, hot chocolate or adding it as cocoa powder to recipes.
How it works: Chocolate is rich in natural compounds that reduce pain-triggering inflammation in areas of the brain responsible for migraines.

Chill the front of your neck

In a small 2013 pilot study from the University of Hawai’i at Manoa, 55 migraine sufferers who put an adjustable wrap containing a frozen gel pack around their neck targeting their carotid arteries (which are two arteries in the front of the neck on either side of the windpipe that supply the head with blood) experienced a 31.8% reduction in pain within 30 minutes. And once the gel pack was removed, the pain intensity remained reduced at 27.3% for another 30 minutes.
How it works: By targeting the blood in the carotid arteries, the neck wrap cools the blood going the head, which constricts blood vessels, reduces inflammation and lessens pain sensitivity. You can get this effect by using a commercially-made neck wrap that contains frozen gel packs or by simply holding up a frozen bag of peas to your neck, being careful to remove it after 10 minutes or if you experience any discomfort.

Note: Before taking any new supplement, herb or vitamin, consult with your doctor and look up possible interactions on Drugs.com or WebMD’s Drugs and Medications Guide.