Eating more of these foods could delay menopause

Home > food  > Eating more of these foods could delay menopause 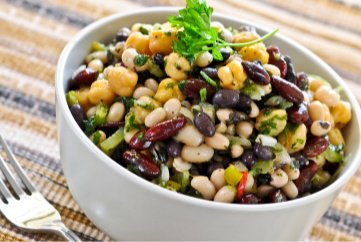 08 Jun Eating more of these foods could delay menopause

Posted at 22:53h in food, menopause by Gabrielle Lichterman
0 Likes

Love the benefits of your hormones—such as peaks in energy, mood and creativity—and don’t want them to go away sooner than they need to? Not crazy about the challenges of your hormones—such as fatigue and irritability? There are still lots of reasons to hope menopause doesn’t hit you too early. That’s because estrogen during your reproductive years protects you in your post-menopausal years, lowering your risk of serious brain, bone and heart ailments.

This health protection in later life is one reason researchers try to figure out why menopause arrives too soon in some women—in their mid-40s or earlier. Sure, they know that genetics plays one key role. But, there may be other factors we may be able to control. For example, scientists discovered that cigarette smoking leads to a higher risk of early-onset menopause.(1)

Now a study of 14,172 women may have unearthed a link between food intake and the age of onset of menopause.(2)

In the four-year study, researchers discovered that women who regularly ate fatty fish (such as tuna and salmon) experience menopause about three years later than those who ate the least. Those who consumed the most legumes (such as beans, lentils and peas) experienced menopause about one-and-one-half years later. And, women whose diets included foods rich in zinc (such as beef, fortified cereal and pumpkin seeds) and vitamin B6 (such as chickpeas, poultry and potatoes) also experienced menopause later.

By contrast, those who ate the most refined carbohydrates (such as white pasta, soda, chips and white rice) were more likely to transition through menopause about two years earlier.

So, what’s the link? This was an observational study, so the exact cause wasn’t examined. However, the study authors believe it comes down to antioxidants in fish, legumes and other foods that help preserve eggs in your ovaries, so they don’t age as quickly, helping to delay natural menopause.

Meanwhile, refined carbs raise your risk of insulin resistance, which can interfere with sex hormone activity and boost estrogen levels, both of which might increase the number of menstrual cycles and deplete egg supply faster, they say.