Trying to eat healthy? Watch out for this in Week 3 and Week 4

Home > diet  > Trying to eat healthy? Watch out for this in Week 3 and Week 4 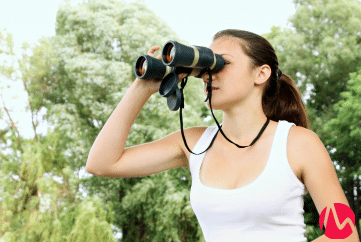 20 Sep Trying to eat healthy? Watch out for this in Week 3 and Week 4

If you’ve ever tried to lose weight or cut back on junk foods to improve your health, then you know that on some days reducing food portions and steering clear of doughnuts, cookies and chips is more of a challenge than on other days. In fact, it can sometimes feel downright impossible.

Well, a 2017 study in The Journal of Clinical Endocrinology and Metabolism reveals one reason behind those tougher food days: Progesterone. And there’s an interesting reason why..

Using fMRI scans, researchers analyzed the brain activity of 29 women as they viewed pictures of high-calorie sweet and savory foods normally considered “treats”, such as chocolate cake and pizza.

When cycling women were in their luteal phase (the two weeks after ovulation–Week 3 and Week 4), they were more visually stimulated by food images and lingered longer on pictures of food whereas non-food images, such as a hammer, had no added effect.

On top of that, once the study participants saw images of delicious foods during their luteal phase, it put certain parts of their brain into overdrive–particularly areas associated with hunger, reward and emotions.

You know–all the things that just happen to push you toward eating in the first place.

This means when you see scrumptious, yummy foods during your Week 3 and Week 4, not only are you automatically paying more attention to them, they’re more difficult to resist because of all the areas of your brain lighting up like a pinball machine pushing to eat.

The reason for all this added focus on food during your luteal phase is progesterone, the study authors say. This hormone rises to higher levels in the second half of your cycle and one of its roles is to push you to eat in case you got pregnant during ovulation and are now dining for two.

As a result, it prompts changes in attention and brain activity to encourage you not only to chow down more often and in larger quantities, but to specifically nosh on foods that are calorie-dense. Like that chocolate cake and pizza the study participants salivated over.

Know someone on hormone birth control? The same study found that women taking hormone birth control that dispenses synthetic progesterone throughout their cycle linger longer on food images and experience brain changes akin to naturally-cycling women in their luteal phase–making it more difficult to resist foods every day they take their birth control.

What can you do about this?

First of all, this is a prime example of where knowledge really is power. That’s because now you know why you’ve fallen off your healthy eating plan or found it more difficult to stick to during your Week 3 and Week 4. It’s not that you’re weak. It’s just that your body is pushing you and pushing you into high-calorie eating like some annoying drunk college dormmate who just won’t let you study till you agree to do at least one keg stand with her.

This means you can stop getting down on yourself or feeling guilty about eating more than you should have, eating foods that are on your “naughty” list or simply fantasizing about treats during your Week 3 and Week 4 because you know it’s just a normal (albeit annoying) side effect of hormones.

Additionally, now that you know how your hormones are triggering an appetite for calorie-dense foods–in this case, by seeing delicious foods either in person or through images–you can take steps to avoid this cravings trigger, for instance, by turning the TV channel when food commercials come on, flipping past food ads in magazines and declaring a complete Pinterest blackout till your Week 1 rolls around again.

The more you know about how your hormones impact you, the better able you are to capitalize on the benefits and, as in this case, compensate for challenges, and make every day of your cycle better.

I hope this information enables you have more self-compassion toward your eating habits in your Week 3 and Week 4 and helps you achieve your healthful eating goal.

Never miss a Hormonology tip!
Subscribe to the free Hormonology newsletter and get helpful tips & the latest research in your inbox:
No reason not to! Sign me up!