Home > contraception  > Do you have “hormonophobia”? 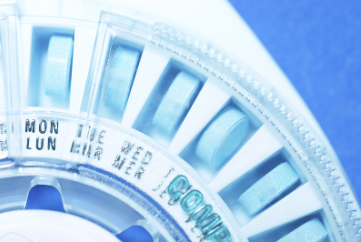 08 Aug Do you have “hormonophobia”?

Posted at 07:27h in contraception, health by Gabrielle Lichterman
0 Likes

.
AUGUST 8, 2021—Do you prefer natural family planning, condoms or other birth control methods over hormone-based contraception, such as the Pill, patch, ring, injectables, implants and IUD–and have shared your views about it online? Careful! A 2021 report in the journal Social Science & Medicine reveals that people who are expressing their dissatisfaction with hormone birth control (BC) on social media are being accused of having hormonophobia, “i.e. an excessive fear of hormones based on irrational causes, such as an overestimation of health risks associated with their use” and “spreading misinformation and scaremongering” about hormone birth control.1 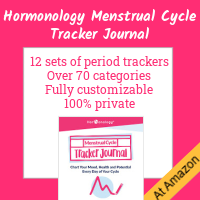 But, is “irrational” hormonophobia really what’s behind most folks’ rejection of hormone BC? Or is something else going on?

To find out, the authors of this new report, a team from Belgium and France, conducted a systematic review. They examined 42 studies that explored reasons why women and male partners say they’ve opted out of hormone-based contraception. What they discovered is eye-opening.

The Pill’s checkered past

The popularity of hormone BC is fairly high across the globe. In fact, a 2020 United Nations report shows that the Pill, implant, injection and IUD make up roughly 50% to 60% of the contraception methods being used worldwide.2. However, this could start to shift downward as a growing number of women in the Western world are now opting out of hormone BC.

But, it didn’t start out this way. In fact, when the Pill was first introduced in the United States in 1960, millions of women clamored for a prescription. And for good reason: It was an easy-to-use contraceptive that had an extremely high rate of effectiveness.

For the first time in history, women could enjoy physical intimacy with a guaranteed very low risk of pregnancy. This ignited an era of female sexual freedom in the U.S.. Also in the 1960s, American women were fighting for equality, enrolling in higher education in greater numbers and pursuing a wider array of careers. So, this hormone-infused invention that gave unprecedented control over reproduction seemed like the perfect tool to help women lead the fuller lives they wanted and trigger seismic positive shifts for women for generations. It was obvious that the benefits of hormone BC were sudden and immense.

But, as more and more women began taking the Pill, a dark reality crept in: The hormones in these contraceptives have serious health risks. They can cause blood clots, stroke or heart attack that  lead to long-term issues and even death. And they can have side effects that impair everyday life, such as depression, weight gain and loss of libido.

How did the Pill survive?

Despite the Pill’s risks, women still had limited options for reliable birth control that offered such a low chance of pregnancy. So, many continued to use it despite the dangers and side effects.

Also, pharmaceutical companies looked for ways to make hormone contraceptives even more enticing by introducing new, even easier ways to use it, such as patches, rings, IUDs, injections and implants. This meant no more having to remember to take a pill at the same time every day.

As if that didn’t make it irresistible enough, the drug industry added another function of hormone contraception: You could skip your periods altogether if you wanted. No more having to deal with pads and tampons when you could just do away with menstruation altogether.

The doctors also have their say

Just in case a patient was having worries about taking hormone BC, she might be coaxed by her doctor to take it, anyway. When the authors of this report combed over past studies, they found a common theme: Health professionals would regularly wave off media reports about heart attacks, strokes and fatalities linked to hormone contraception as “false alarms” and ignore their patients’ concerns. The research team notes:

“…health professionals often position themselves as ‘mythbusters’ of the adverse side effects of hormonal contraceptives, leading them to dismiss patients’ complaints and to encourage the use of these methods because of their effectiveness.”

A healthcare providers’ ultimate goal, the team observes, is to prevent unintended pregnancy. Because of hormone BC’s high rate of preventing pregnancy, this meant that the bar for allowing dangerous and unwanted side effects was set extremely high. In other words, to take hormone BC off the table, there would need to be far more than the hundreds or thousands of deaths directly attributed to it. And the side effects would have to be much more intense and debilitating.

The result: Many doctors, nurse practitioners and other healthcare providers would not only recommend hormone birth control as a first line of contraceptive protection, it might be the only option given to their patients.

On top of that, patients may not hear about all the potential hazards. Or they may be instructed to read the pamphlet that comes with their prescription, forced to decipher the pages crammed with tick-size type on their own.

And if you proposed your own idea of birth control to your healthcare provider, such as following your menstrual cycle with natural family planning, you could be dissuaded, say the authors, leading patients with no option in the matter of their own reproductive health.

“When the effectiveness of a contraceptive method is the only criterion that is taken into consideration, women seem to face a ‘choiceless choice’…”

The outcry against the Pill

Thanks to Facebook, Twitter and other social media platforms, women who were experiencing negative side effects of their hormone BC were no longer silenced in the vacuum of their dismissive healthcare provider’s office. They had a place to share their concerns about health, mood issues, weight fluctuations, libido changes and other problems they linked to their Pill, ring or other hormone contraception. They could compare with other women who were taking it. Partners could ask other partners about their experiences. There was posts, threads, pages, groups and videos.

The realization that the benefits of hormone birth control may not be outweighing the risks continued to grow. Then, in 2013, Holly Grigg-Spall wrote the seminal book that brought the public conversation criticizing the Pill into the spotlight, Sweetening the Pill: How We Got Hooked on Hormonal Birth Control. Inspired by her own frustrations with the Pill, Grigg-Spall examined hormone BC’s wide range of effects on the whole body, its risk and its downsides. She also explored the financial windfall pharmaceutical companies and the healthcare industry experienced as a result of hormone contraception; there was a clear incentive for pharmaceutical companies and healthcare providers to push the Pill, patch and other hormone BCs.

In 2019, psychologist Sarah E. Hill, Ph.D., added more details about how synthetic hormones in birth control impact a woman’s mood, learning, motivation and more in her book, This Is Your Brain on Birth Control: The Surprising Science of Women, Hormones, and the Law of Unintended Consequences.

And naturopathic physician Jolene Brighten, N.D., exposed the problems of coming off hormone birth control and regaining natural hormonal balance in her 2019 book, Beyond the Pill: A 30-Day Program to Balance Your Hormones, Reclaim Your Body, and Reverse the Dangerous Side Effects of the Birth Control Pill.

At the same time, researchers had been quietly working behind the scenes to find out why women and their partners have been rejecting the Pill and other hormone BC. Their studies uncovered a bounty of reasons. The authors of this 2021 report organized them into eight categories.

The 8 reasons people are saying “no” to hormone BC

The following are the eight main categories that women and their male partners state as their reasons for rejecting hormonal contraception:

The conclusion from an examination of 42 studies about why women and their partners reject hormone BC is irrefutable: If you have a negative opinion of hormone birth control based on personal experience or research, then it’s not an irrational opinion. You are not a hormonophobe.

And if you go on social media and spread the word about your experiences and valid research, you are not a hormonophobe.

And if you write a book detailing your experience and sharing published research about negative consequences of hormone BC, you are not a hormonophobe.

Despite hormone BC being touted as a tool for women’s empowerment, for many women the negative effects on mood, brain, libido and health mean it’s actually holding them back. And when healthcare practitioners ignore these complaints and refuse to help patients find other family planning methods, it infantilizes women, making them seem as if they’re incapable of making decisions about their own body.

Today, women and their partners are educating themselves. And they’re sharing their knowledge and experiences with others so they can also make more fully informed choices about family planning methods.

“Sixty years after the first hormonal contraception was launched in Western countries, we are witnessing today a movement of reflective thinking about medical practices in the realm of reproduction, and about hormonal contraception in particular. This reflective thinking may particularly characterize not only a current generation of women who are taking up self-gynecology and ecofeminism in various theoretical and practical forms, but also a wider range of the population.”

Your method of family planning is a personal decision. However, to make the best decision, you need the full picture of the benefits and the risks. You deserve to know all the ways a treatment may impact you–including your mood, health, energy, concentration, memory, appetite and libido. Then, health professionals need to step back and let you choose.

The same holds true for medical conditions treated by hormone BC, such as acne, premenstrual dysphoric disorder and mood disorders. The Pill is often prescribed as a health treatment, however, there are often other remedies that may also work as effectively at treating your condition that you might prefer.

As with every other part of your health, it’s important to be an active member of your own healthcare team. This means doing your own research on reputable websites (such as Pubmed.gov) and in trustworthy books (ask your local librarian for help) to find out about how various forms of family planning and treatments work and how they’ll impact you.