Ever break the rules–and enjoy it? Your hormones may be the reason

Home > hormone research  > Ever break the rules–and enjoy it? Your hormones may be the reason 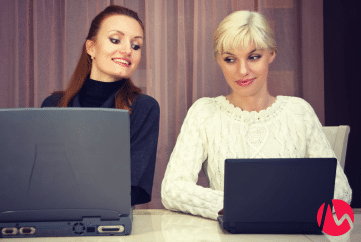 07 Mar Ever break the rules–and enjoy it? Your hormones may be the reason

Ever cheated on an exam, fibbed your way through a job interview, told a lie on a date or bent (or outright broke) the rules in another way?

A 2015 study in the Journal of Experimental Psychology: General reveals that two hormones could have pushed you to behave unethically.

According to a research team from Harvard University and the University of Texas at Austin, when your body churns out a higher level of testosterone and cortisol (a stress hormone) simultaneously, they combine to make cheating seem like a viable option.

That’s because elevated testosterone decreases the fear of punishment while also making it feel more rewarding to go against the rules. You get a sort of “cheater’s high”.

At the same time, all that excess cortisol is ramping up stress or anxiety about the uncertainty of a situation–for instance, will you pass the exam, get the job or win over your date? You know that cheating will help give you a competitive edge and make you more secure about getting the outcome you want, which then tamps down the uncomfortable palm-sweating, stomach-churning tension you’re experiencing.

So, as study co-author Robert A. Josephs, Ph.D. succinctly puts it in a news release:

“Testosterone furnishes the courage to cheat, and elevated cortisol provides a reason to cheat.”

The researchers recruited two groups of men and women (82 in the first group, 117 in the second) to take a math test, paying them $10 for taking the test–and offering an additional $20 if they got a certain number of answers correct. The twist was that the volunteers would grade their own papers, then throw their exams in the trash so no one would see their real grade. This gave them plenty of incentive to fudge their numbers.

This allowed them to then see if those who cheated had different hormone levels.

When both testosterone and cortisol levels were elevated, the participant (either female or male) was more likely to cheat.

When only testosterone or only cortisol was high or when neither hormone was high, the participant (either female or male) was more likely to be honest.

Adding to this interesting research, the study found that cheaters had lower cortisol after they had cheated, indicating that their unethical behavior actually relaxed them. In fact, the exam-takers who told the biggest lie about their score experienced the biggest reduction in this stress hormone!

So, forget about guilt and shame. If you’ve got high testosterone and cortisol at the same time, your hormones are not only making fraudulent behavior seem like the perfect solution to your problem, they’re also making you happier that you took the unethical road.

At least right afterward. There was no follow-up and the cheating participants weren’t told they were caught, so there’s no knowing if they would have had regret later on.

Well, the researchers are very careful to point out that these are preliminary findings that need to be replicated in future studies before concluding with certainty that this is how your hormones affect you. And, with respect to them, I’m including their caveat here.

However, it can take years for additional studies to be conducted and published–if any are done at all. So, assuming for now that there is truth to the outcomes of these two experiments, here’s what you could walk away from this with:

If you feel an incredible urge to cheat, lie or go against your inner moral compass in another way, it could be because your testosterone is high (and this can happen because of a natural bump of testosterone you get in the middle of your monthly cycle during ovulation or due to your body pumping out more of this hormone in preparation to compete, which can occur on any day of your cycle) and because your cortisol is also high (because you’re anxious about the uncertainty of a situation).

If you feel there’s a chance you could get caught or be filled with regret later, then before you take an unethical action, do something to lower your stress level: Take slow breaths, go for a walk, do yoga, exercise or simply visualize your happy place.

Because this hormone-fueled urge to cheat occurs only when both testosterone and cortisol are elevated at the same time, by calming yourself, you’ll lower cortisol, which will presumably then lessen this urge.

Never miss a Hormonology tip!
Subscribe to the free Hormonology newsletter and get helpful tips & the latest research in your inbox:
Free cycle info? Sign me up!