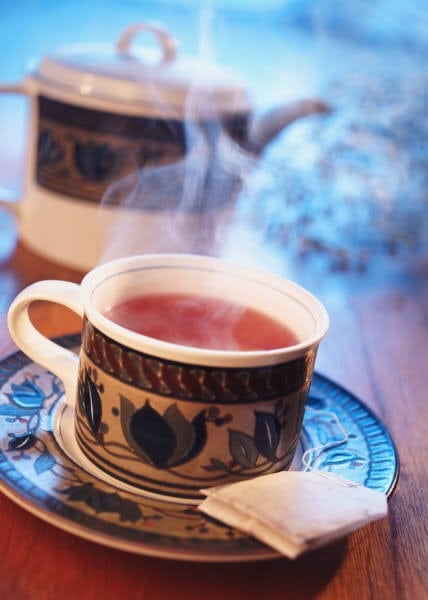 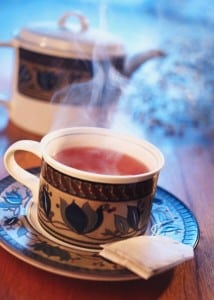 If you’re a ragweed allergy sufferer, then this post is going to be a bit of a bummer because it’s about chamomile--an herb that can worsen those allergies. To make up for that, here’s a video of a rescued baby spider monkey being hand-fed by its rehab carers that will make your heart melt.

For everyone else, you’ll be happy you clicked on this post.

Now, I know it may seem like I have some weird love affair going on with chamomile considering how many times I’ve written about its various benefits on your menstrual cycle.

But, let’s face it, if a cup of sweet herbal tea or an easy-to-take herbal supplement can do the job of an over-the-counter drug that comes with side effects or risks or can replace an expensive treatment, like self-adhesive heat patches, then why wouldn’t I be all over that?

So, let’s talk about one of the best perks of chamomile, shall we?

According to a 2013 double-blind, randomized study of 90 women in the journal Complementary Therapies in Clinical Practice, chamomile tea can reduce premenstrual pain and make you happier in your premenstrual week.

What’s more, for many premenstrual symptoms, chamomile works even better than over-the-counter anti-inflammatory drugs, like Advil, Aleve, Motrin and Ponstan.

The proof: The women in the study were given either 100 mg. of chamomile extract or 250 mg. of mefenamic acid (an anti-inflammatory drug) three times daily from Day 21 of their cycle until their period started for two consecutive cycles.

They were then given a survey to fill out describing the severity of specific premenstrual symptoms.

By the end of the study, the women who were given chamomile extract experienced more relief than those given the mefenamic acid from certain physical premenstrual symptoms (including bloating, constipation, acne, vertigo, cold sores and insomnia) and psychological premenstrual symptoms (including anxiety, moodiness, anger, focus, forgetfulness, crying and a lack of enthusiasm or desire to socialize).

And, while chamomile didn’t work as well as the anti-inflammatory at other premenstrual woes, it still significantly reduced their intensity, including breast tenderness, headache, abdominal and pelvic pain, depression and anxiety.

What’s behind chamomile’s PMS-busting powers? Research shows this fragrant herb is chock full of compounds that have an anti-inflammatory, anti-anxiety, antioxidant, analgesic and stomach-soothing effect.

Also, use the chamomile treatment several cycles in a row–even if you only feel a little relief the first time you try it. Here’s why: While the women in the study experienced a reduction in premenstrual symptoms during the first cycle when using either the chamomile or anti-inflammatory treatment, their symptoms were even less intense during the second cycle they used them.

Which means that patience–and not giving up on a premenstrual remedy you’re trying–can really pay off big.

As with all herbs, it’s smart to check out if chamomile’s side effects and interactions at Drugs.com.