Are your hormones making you faster at doing *this*?

Home > hormone research  > Are your hormones making you faster at doing *this*? 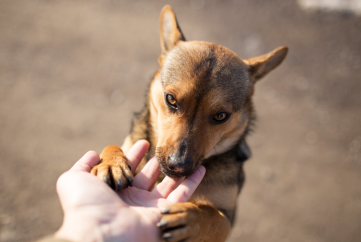 22 Nov Are your hormones making you faster at doing *this*?

NOVEMBER 22, 2022—Ever wonder why on some days when you see something cute (like an adorable baby or tail-wagging puppy), you’ll simply smile as you pass by, yet on other days you’ll speed right over to it to get a closer look or even cuddle it?

Or ever wonder why on some days when you see something frightening (like a snake slithering in the grass or hole in the sidewalk), you’ll calmly sidestep it, yet on other days you’ll race away from it faster than an Olympic sprinter?

Your quicker pace toward something good or away from something bad could be due to where you are in your menstrual cycle.

According to a small 2022 study in the journal Brain Sciences, you approach something positive faster when you’re in your Week 2, which is the week leading up to and including ovulation.1

As the researchers explain it, high estrogen on these cycle days spurs changes in the brain that make interacting with something good feel even more rewarding. As a result, you waste no time in getting over to it so you can feel that extra rush of happiness.

And the same study found that you speed away from something negative faster when you’re in your Week 3, which is the week following ovulation.

The researchers say it’s due to high progesterone on these cycle days, which makes you more fearful of potential dangers. As a result, you automatically recoil more quickly from them to protect yourself from harm.

How the researchers discovered this

The study authors recruited 27 naturally cycling healthy women to participate. Then they used two methods to track where the volunteers were in their menstrual cycles: They took saliva samples to measure the amount of estrogen and progesterone the women were producing. And they asked the volunteers to use ovulation urine test strips to pinpoint when they ovulated. These strips, which you pass through your urine stream, measure the amount of luteinizing hormone (LH) in your system. Once the level of LH surges, it means you’ll be ovulating 24 to 36 hours later.

While the volunteers would probably have been happy to cuddle some puppies or kittens in the lab, being deliberately frightened by snakes or fire would probably have been less welcome. So, the researchers did the next best thing to test the women’s approach and avoidance speed: They showed the study participants photos of positive and negative emotionally-charged images on a computer screen, then measured how quickly the women moved digital objects toward or away from these images.

After the tests, the scientists analyzed the results, and that’s when they discovered that the women were significantly faster at moving toward something good and away from something bad based solely on where they were in their menstrual cycles.

What this means for you

The next time you get the unexpected impulse to race toward anything that makes you smile–which can be a pet, person or even a cake–think about where you are in your menstrual cycle. If you’re in your Week 2 when high estrogen is speeding you toward things you like, consider whether it’s smart to slow down a bit (for example, not every pooch likes a cuddle from a stranger). But, if it’s safe to head toward them, then go ahead and burn rubber.

And if you get the urge to quickly veer away from something potentially hazardous–which could be an animal, a person or one of those precariously sky-high stacks of laundry detergent boxes at a wholesale club–consider where you are in your menstrual cycle. If you’re in your Week 3 when high progesterone is speeding you away from things that frighten you, consider whether your hormones are making you afraid of a situation that may not be as unsafe as you assume. After all, you don’t want to unnecessarily sprain an ankle by leaping away from a barky Chihuahua who’s simply a bit misunderstood.