Natural ways to nix uncomfortable gas in your Week 3 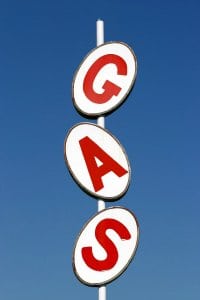 Week 3. For the majority of women, this week that starts right after ovulation signals the end of our high-energy, super-fun Week 2. Where we wave bye-bye to a spiking libido and super-sharp memory. When uber-confidence and peaking optimism are replaced by self-doubt and worry.

And if that wasn’t enough, Week 3 is when many of us are hit with gas. Lots of it.

Blame goes to rising progesterone–a hormone that, among many other annoying things, slows down movement in your digestive tract, triggering constipation that can cause an uncomfortable build-up of air in your intestines.

So, what can you do about it?

For starters, you can counter constipation by eating two foods that have a mild laxative effect and are study-proven to work better than over-the-counter remedies:

The first is rye bread. In a 2010 study in the Journal of Nutrition, researchers found that rye bread works more effectively than laxatives and probiotics at relieving constipation thanks to a type of fiber that ferments in the intestine and triggers contractions that move contents along. What’s more, it does the job without cramping or other uncomfortable side effects.

Not a rye bread fan? A 2011 study from the University of Iowa Carver College of Medicine shows that prunes (now called by the less geriatric-sounding moniker “dried plums”) work more effectively than psyllium-containing fiber additives (like Metamucil and Fiberall) at making you regular again thanks to their sorbitol, a sugar alcohol that has a mild stool-softening effect.

And if you don’t have any rye bread or prunes (sorry, dried plums) around and you get a painful build-up of gas, you can get rid of the trapped air faster by walking around rather than sitting or lying down. That’s the word from a 2003 study in the journal Gut that found that lying flat tells your digestive system to slow down, trapping air longer. Meanwhile, standing or walking around tells your digestive system to keep working, so it pushes the gas out faster.

I'm the women's health journalist who pioneered the cycle-syncing and hormone awareness movement in 2005 with my groundbreaking book, 28 Days: What Your Cycle Reveals About Your Moods, Health & Potential. I'm also the creator of the popular Hormone Horoscope Apps and Female Forecaster App. I founded Hormonology as a way to continue sharing hormone cycle education around the globe.
Follow me