Are you a “hormonally opposite” woman?

Home > hormone research  > Are you a “hormonally opposite” woman? 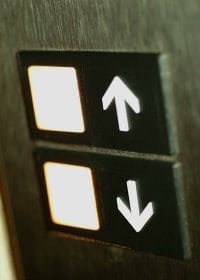 09 Jun Are you a “hormonally opposite” woman?

A Hormonology reader recently called me up to tell me that, unlike other women, she didn’t enjoy her Week 2 (which starts 8 days from the onset of menstruation).

She said she gets anxious, blue and irritable every time it comes around and couldn’t figure out what other women found so wonderful about it. And she wanted answers.

Over the years, I’ve gotten a handful of calls, emails, tweets and Facebook messages from other women sharing a similar sentiment: These few women couldn’t understand why they were being cheated out of the fantastic Week 2 so many other women around them seem to be having. Where was their high energy and upbeat mood? How come they got anxious and sad? Why weren’t they part of the Week-2-is-awesome club?

While occasionally getting out sync with your cycle is normal–for instance, due to stress, illness or medications that blunt your Week 2’s benefits–these women insisted they rarely or never experienced the high estrogen bonuses leading up to ovulation in the middle of their cycle.

If you, too, wonder why your Week 2 isn’t as great as it should be cycle after cycle–or you know a friend, family member or other woman like this–an intriguing 2011 study published in the journal Psychoneuroendocrinology could shed some light on what’s going on:

In the study, which tracked 213 women’s moods daily for two consecutive menstrual cycles, 13% of the volunteers reported experiencing more depression and anxiety when estrogen was high in their Week 2–when most other women are upbeat and happy.

And they reported experiencing less depression and anxiety during their premenstrual Week 4 as estrogen plunges–when most other women are struggling with moodiness.

Study author Jeff Kiesner, Ph.D., believes this could be an indication that a small percentage of women are wired to have their hormones affect them the opposite way they effect everyone else.

While more research is needed to confirm this Keisner’s theory, it’s certainly an intriguing idea that can help explain why a few of us actually experience the opposite of what most other women do.

What do you think? Are you “hormonally opposite”–so that you’re more blue or anxious in Week 2 and more relaxed and upbeat in your premenstrual Week 4?