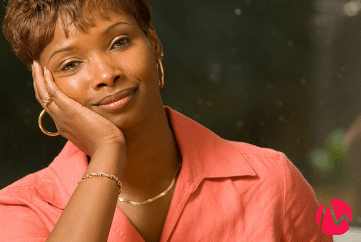 I received this question from Jenny, a Hormonology reader:

“Is there a food or supplement that will reduce Week 4 brain fog and forgetfulness?”

My answer: Yes! There are actually a quite a few foods, beverages, supplements and activities that can clear away the cobwebs and reduce Week 4 premenstrual brain fog and forgetfulness caused by sedating progesterone and dipping estrogen.

Here are 6 of my favorite brain- and memory-boosters:

1. Green tea: It has a far smaller amount of caffeine in it than black tea and coffee–and this is actually a good thing since too much caffeine in your premenstrual week can worsen irritability and moodiness. However, it has just enough caffeine to give you a mild boost, plus it has l-theanine, which is calming (but in a way that’s not tiring) and helps you focus. Green tea is also rich in certain compounds called catechins–the most recognized one is EGCG–that sharpen memory and boost concentration.

2. Dark chocolate (the darker the better): Though a lot of people are aware that chocolate seems to have an energizing effect, most mistakenly attribute it to caffeine. Chocolate actually only has a small amount of caffeine. The energizing buzz you get is from compounds in chocolate that trigger the production of mood-boosting chemicals in the brain, including endorphins and serotonin, and from theobromine in chocolate, which is a mild stimulant. Chocolate also improves blood flow to the brain, helping with focus and memory.

3. Exercise: Admittedly, probably not as fun as eating chocolate for many folks, but running, jumping, dancing and anything else that gets your blood pumping revs energy and chases away mental fogginess by improving blood flow to the brain and triggering the release of mood-lifting brain chemicals.

4.Coenzyme Q10 (CoQ10): Not a lot of people know about this vitamin-like supplement, but I’ve taken it for years to help prevent migraines. It’s also been shown to boost energy levels by helping to rev the “power plants” (mitochondria) in your body’s cells. The generally recommended dosage (and the one I take) is 100 mg. three times daily throughout your cycle.

5. Chew gum: Sounds too simple–and maybe too silly–to work, but numerous studies show the rhythmic motion of chewing gum sends energizing oxygen to the brain, improving mental energy and focus. Some research suggests that peppermint or spearmint flavors have the biggest brain-sharpening effect, but other research suggests that any other flavor will work, too.

6. Get better sleep: During your premenstrual week, you’re getting worse sleep as plunging estrogen drags down the level of sleep-regulating serotonin in the brain and makes you more sensitive to smells, sounds, light and anything else that can keep you awake–and this is impacting your mental and physical energy. So, try to zap all the most common premenstrual sleep-stealers: Nix noxious odors by opening a window to air out the room, giving your bedding a fresh wash and moving stinky stuff (like dirty laundry) out of the bedroom. Mask sleep-disrupting sounds (like dog barking or traffic) with a white-noise machine or fan. Get more relaxed so you can reach deeper stages of sleep by meditating, doing yoga, dabbing on lavender essential oil or sipping chamomile tea two hours prior to turning in (so you have time to empty your bladder). Make sure the room is totally dark or wear a sleep mask. And do anything else that can help you get deeper, more restful sleep.

Never miss a Hormonology tip!
Subscribe to the free Hormonology newsletter and get helpful tips & the latest research in your inbox:
It’s just what I’ve been waiting for! Sign me up!