The 3 varieties of your premenstrual phase

Home > estrogen  > The 3 varieties of your premenstrual phase 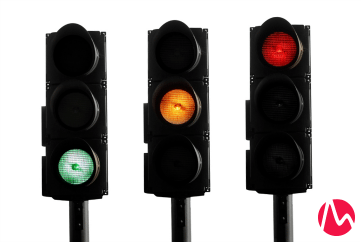 01 Dec The 3 varieties of your premenstrual phase

Never heard of the word? By the time you’re done reading this post, it will hopefully be part of your cycle-related vocabulary forever.

In 1953, pioneering gynecologist and endocrinologist Katherina Dalton coined the term “premenstrual syndrome” to describe the collection of significant symptoms that occur when estrogen and progesterone levels drop during the premenstrual phase of a woman’s monthly cycle (which is anytime following ovulation, but especially during the six days before menstruation). Prior to this term, these changes were commonly referred to as “It’s all in her head” and “She just wants attention” by family, friends, colleagues, spouses and even psychologists and medical doctors.

Once Dr. Dalton pushed to link significant mood and body changes to fluctuating hormones in menstrual cycles and then gave these changes a name, premenstrual syndrome, she gave millions of women’s experiences validity and the phrase really caught on. In fact, it caught on so well that now most of us now refer to any mood change, ache or other hormone-related issue in our premenstrual phase as premenstrual syndrome or its shorthand, PMS.

However, this isn’t ideal.

Technically, “syndrome” is a word for a collective group of symptoms. But, let’s face it–the word syndrome sounds pretty weighty. We associate it with serious medical issues, not simply moodiness, irritability, the blues, bloating and cramping.

So, when a woman is in her premenstrual phase and her descending estrogen triggers non-serious issues, such as a passing blue mood or an ache that, while annoying, doesn’t even require a painkiller, referring to them as premenstrual syndrome or PMS seems a bit overstated.

Likewise, for a woman whose descending hormones prompt debilitating anxiety, depression, suicidal thoughts, intense anger and/or pain that makes work, school, family and other parts of her life unmanageable, the terms premenstrual syndrome and PMS don’t really seem to capture the seriousness of what she’s going through.

What I’m proposing then is that we begin to acknowledge that there are three distinct intensities of premenstrual experiences–mild, moderate and severe–and we start using the correct terms to describe them when they occur in us rather than refer to everything as PMS.

Fortunately, we don’t need to coin any new terms. In addition to the phrase Dr. Dalton created, there are other two other terms that describe premenstrual intensities.

The 3 shades of your premenstrual phase

Here are the three terms that describe the varying degrees of premenstrual symptoms women experience. The first one I can virtually guarantee that most women haven’t heard–but we all need to know:

MOLIMINA: Premenstrual symptoms that are manageable, do not interfere with everyday life and generally require no treatment, such as medication.

If there were light, medium and dark roasts to premenstrual symptoms, “molimina” (pronounced mol-IM-ina) would describe the light roast version. Starting after ovulation, you might have some mood changes, a bit of irritability, increased hunger, less restful sleep, achy breasts, water retention, tiredness or other issues–however, these don’t stop you from going about your day as usual.

This term has been used for well over a hundred years in some corners of the medical community, yet it never really caught on like premenstrual syndrome. One reason may be because it doesn’t require treatment.

Basically, if you’ve got molimina, it means that you feel the impact of your descending hormones either physically or psychologically, but it’s no big deal. The symptoms are like any other small issue you’d normally deal with–such as an accidentally banged knee or irritability over the copier breaking down again–where you experience them, then you move on with your life without needing to treat them with meds or a calming time-out.

Most women experience molimina at some point. And, even for women who experience more intense bouts of premenstrual symptoms, chances are, there are moments of molimina between them.

PREMENSTRUAL SYNDROME (PMS): Premenstrual symptoms that are moderately intense, may interrupt parts of your day and/or may need to be treated with over-the-counter remedies, such as a pain medication, or lifestyle interventions, such as yoga.

Going back to the three roasts of coffee analogy, premenstrual syndrome would be the medium roast. The symptoms can alter parts of your day, for example, sore breasts might make it difficult to go for a morning jog, irritability or the blues may prompt you to opt out of social functions and a migraine may make work or family responsibilities more challenging.

These are the intensity of symptoms to which Dr. Dalton was referring when she created the now common term premenstrual syndrome. That’s because at this point these symptoms can start to have a negative impact on your life. As a result, to bring yourself back into balance (meaning reducing physical pain or boosting mood), you’d need to take action.

PREMENSTRUAL DYSPHORIC DISORDER (PMDD): Premenstrual symptoms that are severe, stop you from enjoying your daily life and require treatment, such as antidepressants and cognitive behavioral therapy.

PMDD is the dark roast of premenstrual symptoms–which is fitting because women challenged by this condition tend to experience dark moods that can include depression, despair and suicidal thoughts, anxiety that can cause heart palpitations, fear and dread, sudden and intense anger that is out of proportion for the situation, pain that is debilitating and/or ongoing insomnia. These symptoms can start right after ovulation and last through right before your next period, and tend to ease up once menstruation arrives or shortly after due to estrogen rising.

It’s estimated that up to an estimated 10% of cycling women experience PMDD, yet it was only in 2013 that this was included as an official diagnosis in the Diagnostic and Statistical Manual of Mental Disorders, Fifth Edition (DSM-5). Unlike PMS, PMDD is far less widely known. In fact, many women with PMDD have never heard of the condition.

PMDD may be a result of hereditary and/or lifestyle factors that make some women more sensitive to their hormones’ effects and fluctuations in their hormone levels. There are pharmaceutical and holistic treatment approaches (including antidepressants, cognitive behavioral therapy and nutritional support) that help lessen these hormonal effects and help patients with PMDD deal with the symptoms more positively. You can find out more about PMDD treatments here.

Why it is important to know–and use–the correct term?

If these are all just symptoms related to the same premenstrual drop in hormone levels, why is it such a big deal to get the terminology right?

There are several important reasons:

How many times have you told friends or family you’re PMSing? If you’re like me–wait, I’m a terrible example, I tell everyone all the time! But, if you’re like many other women, you probably share your status regularly.

Well, how about sharing times when you’re not just experiencing PMS, but molimina, too? Okay, sure, it doesn’t really roll off the tongue like PMS. And, then you’re stuck explaining what it is. But, here’s an easy way to spell it out:

Molimina is when you feel effects from premenstrual hormones, but it’s no big deal.

Want to explain the whole three shades of premenstrual week idea? You can use the light, medium, dark coffee roast analogy. Or try a cold virus analogy:

When you sneeze, but don’t have a cold, that’s like molimina: You don’t need to treat it. It happened. It passed. It’s over.

When you sneeze over and over, then you start to feel a little worn out, you realize you just caught a cold. That’s like PMS: It’s impacting you a bit, but you generally don’t need to run to the doctor. You can usually deal with it with at-home treatments.

When your mucus turns green, your temperature shoots up and your throat is so sore, it feels like you’ve been gargling roofing nails,  you realize your cold has developed into something more serious. That’s like PMDD: It’s taking over your life, you can’t do things you want to do and you need medical intervention to fix it.

Is molimina too much of a mouthful? I propose we also create a shorthand for it–PMM: premenstrual molimina. This would fit neatly into our cycle-related lexicon that already includes PMS and PMDD.

If we can all share this information with least one person we know, like PMS, we can help it catch on. And, that will lead to a permanent–and important–addition to our premenstrual lives.

Never miss a Hormonology tip!
Subscribe to the free Hormonology newsletter and get helpful tips & the latest research in your inbox:
Free info about my cycle? Sign me up!